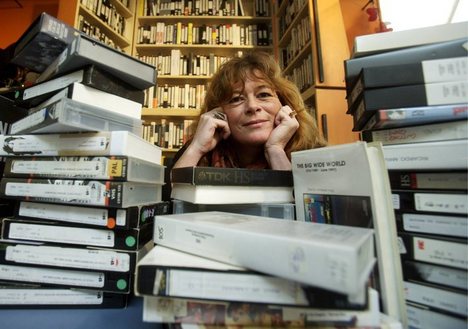 Founder and director of IDFA Ally Derks is the recipient of this year’s Doc Mogul Award at the Hot Docs documentary festival in Toronto.  The prize was presented on Tuesday 3 May at a lunch in Derks’ honor in recognition of her important contribution to the documentary industry, both nationally and internationally.

Hot Docs, which runs from 28 April to 8 May in Toronto, is the largest documentary film festival in North America.

Doc Mogul Award
Documentary maker Jonathan Stack presented Ally Derks’ award, and several prominent figures from the international documentary world praised her for her work with IDFA over the past 25 years.

Diane Weyerman, for example, commended Derks for her loyalty to documentary makers and her unflagging passion for documentary film. Weyerman and other speakers, including the Finnish commissioning editor Iika Vehkalahti, highlighted Derks’ dedication to freedom of expression and praised her for providing a platform for filmmakers from countries where repression is the order of the day. And Jonathan Stack spoke highly of Derks’ exceptional gift when it comes to discovering talent and recognizing films that really matter.

Speech of thanks
In her speech of thanks Derks dedicated the award to her mentor Jan Vrijman, who supported her when she started IDFA in 1988. She described her work for IDFA and international documentary film as, ‘a way of life.’

Previous recipients of the award include Jan Röfekamp from Films Transit International, Sheila Nevins from HBO and Nick Fraser from the BBC.