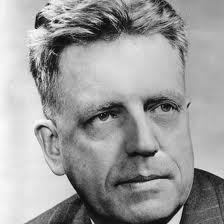 Before Kinsey published his two important books, Sexual Behavior in the Human Male (1948) and Sexual Behavior in the Human Female (1953) the subject of sex was largely taboo. Although not a creative artist, Kinsey is included here because of his tremendous influence on cultural values and practices around the world. If Freud was the first pioneer in sex research (along with Kraft-Ebbing’s studies of sexual psychopathology and the work of Wilhelm Reich), largely from the point of view of their theories about sexuality, then Kinsey provided the mass of data necessary to give this new science of sexology an empirical basis.  Rarely has such a change in cultural attitudes in any given field been attributable to one individual and to two of his books.

Without even examining his findings or citing the flaws of these studies, just the fact that he conducted large-scale interviews and experiments, gathering many thousands of data concerning sexual practice in America in and of itself began the sexual revolution in America which was to sweep around the world, the tsunami and seismic effects still being felt today.  The open social attitudes toward sex, indeed the whole sexual revolution of the 1960’s is unthinkable without the advent of Kinsey’s reports. A true pioneer in his field, Kinsey cleared a path in a largely Puritanical, sexually prohibitive, religiously dominated societal jungle that held fire and brimstone, Sodom and Gemorrah-like ethical values, making it possible for frank representations of sex to appear in the print media, films, open public discussions, and in general that this important area of the human psyche could be faced openly, without the need to bury such issues or refuse to confront them.

Simply speaking, Kinsey took one of the most emotionally charged areas of human thought and made it a normal, approachable, discussable topic that did not need to be buried in guilt or fear. The many hundreds of books and articles that discuss the relationship between sex and love, the studies of marriage and divorce, further studies on the biology and sociology of human reproduction, homosexuality, bizarre or deviant social practices, the representation of sexuality on movie, TV and computer screens, all look back and pay tribute to Kinsey’s original groundbreaking studies.

The English word “fuck” and many commonly used terms for the male and female genital organs were not in common use in America before the 1960’s. They were banned not only from films, radio, TV and newspaper language but as profanity were also excluded from most dictionaries right into the 1970’s. Now, in 2011, these words are commonly used in daily speech without social condemnation, although they may be considered impolite or unacceptable in certain settings. Hollywood and European films use these “obscene” words  regularly now without fear of being prohibited or prosecuted. Yet the works of Henry Miller, James Joyce, D.H. Lawrence, Marquis de Sade and other important writers were condemned and prohibited for a good part of the 20th century, along with the use of “obscene language” by comedians and social activists such as Lenny Bruce, who were regularly arrested by the police and their performances shut down.

Kinsey’s work is a perfect example of how non-fictional studies of a scientific nature can have an immense influence on the cultural life of the world. Despite some of his failures, misrepresentations and suspicious practices in gathering data, he is to be credited with freeing up an important area of human thought, observation and practice. Because of him, more than anyone else, “sex” stopped being a dirty word.