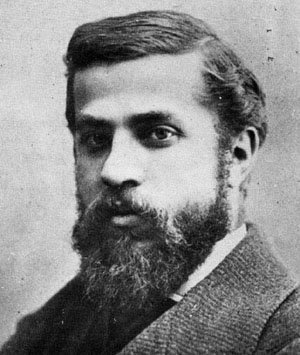 June 25  (The Day of the Sensitive Receptor)

Often referred to as the greatest Spanish architect, Gaudi was actually not Spanish but Catalan, an important distinction historically and culturally. With Barcelona as their capital, rather than Madrid, the allegiance of the Catalan people to their own values, language and geography still exists strongly today. Their rivalry with Madrid was not only ferociously political during the Spanish Civil War, but also is intense culturally and found even in sports (Barcelona vs. Madrid in football).

Many great architects travel widely and are commisioned to do works all over the world, but in the case of Gaudi his works are to be found entirely within the confines of one city – Barcelona. His influence on the cultural life of that city is overwhelming. His buildings can be viewed everywhere and are often the chief reason why one makes a special trip to Barcelona in the first place, whether one is an art afficionado or a tourist. The unfinished cathedral, La Sagrada Familia, is regarded by many as one of the wonders of the world. It is so heavily visited that often a wait of up to two hours is necessary just to get inside. However, so much of the building’s extraordinary appearance is visible from the outside, that just walking around it can prove well worth the visit.

Gaudi used simple materials to create the “skin” of this extraordinary and unique structure. One has the feeling that it is alive – crawling, moving – rather than static. Every detail is fascinating, eye-catching, breathtaking. Even after standing now for 140 years it looks as modern and futuristic as any building in the world. Truly visionary in its design and execution, La Sagrada Familia is really beyond any description in words and even photographs and videos, although intriguing, cannot compare with the actual experience of viewing it live.

Of his many buildings, designs, and structural objects in Barcelona, two others deserve special mention: Casa Batllo and Park Guell. The Batllo house was built for a very wealthy family by Gaudi, and he was allowed almost unlimited rein in his creative efforts, backed by their considerable financial resources. Although quite extraordinary looking from the outside, it must be walked through from the bottom to the top roof to be really appreciated. What is so astonishing is that every detail, every object in it was designed by Gaudi himself. Furthermore, Gaudi was not the kind of architect who only sat behind his drawing board, but worked more with macquettes (miniature architectural models done in scale) and ultimately with his own hands, preferring most often to practically live on the site where he worked and take part in the actual physical labor of creating his visions from wood, stone, cement and other materials. In the Casa Battlo the visitor is awed by the depth of detail, whether sitting in a chair at a table, touching a railing on the stairs, looking out a window – everything that one sees or makes contact with in this extraordinary dwelling was designed and often hand-made by Gaudi himself. The roof takes decorative art and architecture to a whole new level. Here we are not dealing with functional art but with pure fantasy and Gaudi playfully provides a wonderland for us to wander through and from which to view this neighborhood in Barcelona.

No trip to this magical city is complete without an afternoon spent wandering in the Park Guell. Not only the buildings here but the entire plan of the terrain was laid out by Gaudi, and it is here perhaps that we encounter his most complete world, combining art with nature in the most equisite and organic manner. Again, as with his other work he was allowed free expression. We often have the feeling in Sagrada Familia, the Battlo house and the Park Guell that we are not only in physical spaces but that we are wandering the corridors, the labyrinths of Gaudi’s mind itself. His works have never been rivalled in their free expression, but at the same time we are always aware of his love of detail, the functionality of his work, its solid structure and monumental qualities that never lose their charm or playfulness.