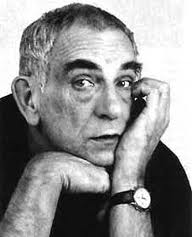 Born June 27 (The Day of the Defensive Developer)

The Polish filmmaking giant Krzysztof Kieslowski was prolific in his short life as both a maker of feature and documentary films. Kieslowski’s filmography shows him beginning with documentaries and short films in 1966 and then in 1975 turning to directing features until 1994 when he retired from film, two years before his
death at the age of 54. Between 1975 and 1988 he still made a few documentaries and short films although his principal efforts during this period were features.

His impressive oeuvre raises several important cinematic questions, because of his prolific output of both documentaries and feature films. Perhaps the most obvious is what constitutes the difference between the two genres and how and why directors make a decision to work in one genre or the other. To begin with we might consider the cryptic statement made by the German filmmaker Werner Herzog who expressed his opinion on the subject by calling a documentary “just a feature film in disguise.” On the other hand, those who believe in a strict separation of the two genres would point to obvious differences. Documentaries are exactly that – the documenting of real life people and events, not using paid actors and shooting footage in the real world. Features on the other hand are imaginative, artistic creations, often based on a novel or at least following a script or improvisational pattern, using professional actors. Yet many directors and movie viewers would agree with
Herzog that they are both, or can both be the same, or very close to the same, thing.

Consider for a moment the academy award winning-film director Kathryn Bigelow. In her riveting film The Hurt Locker she presents us with images of such stark reality that we forget we are watching directed, Hollywood actors, and seem to be actually there, viewing what happened, and therefore seeing documentary footage. Stanley Kubrick, a war photographer himself, in his films Paths of Glory and Platoon also blurs the distinction between feature and documentary when presenting super-realistic war scenes. Older war films such as Battleground and Sands of Iwo Jima did the same thing. It can be argued that the last two were propaganda films that were made to reinforce a patriotic attitude, as many other American and British films have done in the past, just the opposite point of view being taken in the aforementioned films of Bigelow and Kubrick which have been called anti-war films.

Kieslowski had to fight the communist system in Poland his whole life long, with political and religious themes of Polish Catholicism and Communism invariably present in his work. In that sense we can argue that all his films were political or religious (although his belief in God was a personal one) and that there could not have been a strict separation between the two genres of documentary and feature for him. Yet in the sense that features are long, expensive, elevate imaginative story elements to greater importance than the accompanying background, and feature acting performances and interaction between actor and director, including improvisation, it can be argued that Kieslowsi, like many other directors, chose to begin with more inexpensive documentaries and short films, and
proceed toward making only features. (It would also be interesting to
compare his earlier student short films with those of Roman Polanski nd Andrzej Wajda made when they all attended the Lodz Film Academy.) Perhaps in this respect Kieslowski’s last major and most characteristic efforts were 10 hour-long TV productions called TheDecalogue which combine elements of shorter films and features in
one overwhelming effort as opposed to his last last most famous, foreign feature productions: The Double Life of Veronique and the trilogy Three Colors which won many prizes and garnered international acclaim.