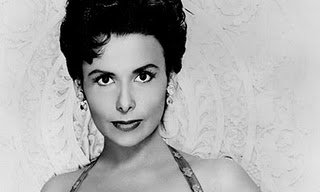 Born June 30 (The Day of Motivation)

As a jazz singer, dancer and actress Lena Horne’s career spanned almost the entire 20th century. Still recording in her early 80’s Horne’s voice was familiar to every American as was her beautiful image, seen frequently on TV entertainment shows and in the movies. The apparently ageless Horne finally passed away in 2010 at age 92, beloved and mourned by her many fans worldwide.

Lena faced the segregation and discrimination practices in America head on and became a tireless worker for Civil Rights. Active politically, she performed benefits for the NAACP, worked with Eleanor Roosevelt, and met with President John F. Kennedy just days before his assassination. This much-honored entertainer still holds the record for starring in the longest running Broadway solo show in history.

Many hundreds, even thousands of entertainers, Broadway and Hollywood multi-talented singers, dancers and actors have made, and continue to make their contribution to our cultural life, enriching our film and stage performing traditions and bringing us tremendous enjoyment in the process. The entertainment industry has grown to be one of the biggest and most respected in America particularly. It was said at the time of Bing Crosby in the mid-twentieth century, that his baritone voice singing White Christmas was heard and appreciated by more people than the voice of any other human being up to that point in history.

Yet there are those who would still deny the accolade of cultural or artistic to popular and highly respected performing artists such as Madonna, Bjork, Lady Gaga or Beyonce.  Critics and intellectuals could argue that while the live performances of Carolee Schneemann, Laurie Anderson and Andy Warhol in the second half of the 20th century were genuine art that the appearances of pop and jazz singers such as Harry Belafonte, Frank Sinatra and Ella Fitzgerald were not, the latter being not artists but rather entertainers. Through the appearance of exciting and highly artistic megastars such as Madonna, Mick Jagger, the Beatles, the Who,  Michael Jackson, Tom Waits and many others these distinctions have largely broken down. Both pop performing and recording artists are seriously reviewed and discussed not only by the general public but also by newspaper critics and columnists who deal with cultural matters.

Still some would suggest making an evaluative judgment, differentiating between high art and pop art, although the many crossover figures in such discussions make these distinctions at the very least blurry or outright indefensible. Certainly a performer of the stature of Lena Horne, through her enormous talent, impeccable quality and sheer dedication to her art, guaranteed herself the title of artist and cultural icon through her recordings, films and live stage, radio and TV appearances.