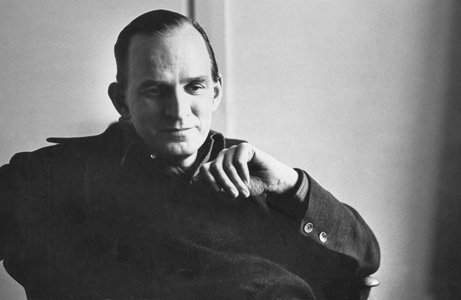 Born July 14 (The Day of the Convincing Storyteller)

If Akira Kurosawa, Federico Fellini and Ingmar Bergman are to be regarded as the holy trinity of 20th century filmmakers, then it is suggestive to call the venerable Kurosawa the father, the youthful Fellini the son, and the mysterious Bergman the holy ghost. However, this is not to imply that Bergman was religious at all, since a strongly agnostic and atheistic attitude emerges in his films. (This despite or perhaps even because of his strictly religious upbringing as a preacher’s son.) As the Scandinavian representative in this trio, Bergman embodied the Nordic temperament in his aloofness and strictly formal approach. Using the same actors over and over again in different roles in his films, Bergman built what would be regarded as a repertory company in the stage world, featuring Liv Ullmann, Max Van Sydow, Gunnar Bjornstrand, Bibi Andersson, Ingrid Thulin, Gunnel Lindblom, Harriet Andersson,  and several others as his principal actors.

Yet each of these actors in Bergman’s film world still often played a similar type of character: Van Sydow, the protagonist knight in The Seventh Seal is the stern farmer-father in The Virgin Spring, Gunnar Bjornstrand – Van Sydow’s powerful squire sidekick in The Seventh Seal and the doctor-son in Wild Strawberries, Bibi Andersson  – the innocent, cheerful wife-mother in The Seventh Seal and other sparkling roles.  It is suggestive that Bergman even wrote the scripts to his successive films creating characters with the personality and appearance of these actors in mind, thus blending casting and writing. Physical movement is frequently restricted in Bergman’s films (unlike both Kurosawa and Fellini), particularly the early ones, giving viewers the impression of watching the filming of a play. In fact, in bringing  Mozart’s opera The Magic Flute to the screen, Bergman seems to be doing just that, but in building the film of the opera from the very opening around the audience and their facial expressions he brings both film and opera to another dimension.

From youth, Ingmar Bergman was fascinated with the stage and in one of his earliest films graphically reveals his involvement with the magic lantern, which as a child he used to project images on an improvised screen. This love affair with acting and character development, employing strict scriptwriting and casting, is behind all of his films. Although Kurosawa, Fellini and Bergman all inevitably  made the switch to color films from black and white ones, it was Fellini who took to the new color technology the most easily, perhaps due to his own vibrant, exciting personality, while the more interior Bergman was most at home in his psychological, tortured dramas which employed the sharp contrasts of black and white that became his trademark.

Bergman’s involvement with his star Liv Ullmann reminds one of Fellini’s marriage to his star Giulietta Masina and Roger Vadim’s to Jane Fonda (his Barbarella). Ullmann describes this relationship in great detail in her autobiography entitled Changing. Reading the  work after seeing Bergman’s psychological thriller Persona throws a whole new light on the film. In addition to Persona, which stars both Ullmann and Bibi Andersson, Through a Glass Darkly, Wild Strawberries, and Hour of the Wolf are chilling investigations into the depths of the human soul and brilliant representations of the torture and terror Bergman uncovers there.

But perhaps the eye behind the camera proves ultimately to be the most unifying force in all of Bergman’s films, brought home dramatically by Bergman’s exclusive use of cinematographer Sven Nyquist, who can perhaps be given credit for moving Bergman away from the orientation of the more static filming of plays to truly filmatic expressions.  Bergman, free to write his own screenplays alone, plus the cinematic chemistry of the Bergman-Nyquist duo, and finally the use of the same group of repertory actors over and over again produced a series of films of unsurpassed quality and brilliance.