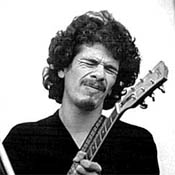 Carlos Santana is typical of those born on the Cusp of Oscillation (July 19-25) and on the Day of Ups and Downs. As one of the best known and most talented rock-jazz fusion guitarists he has had his share of fame but also has dropped out of public favor and experienced problems forming a steady group of musicians.

Best known for his hit 1970 2nd album Abraxis, including the hits Black Magic Woman and Oy Como Va, this breakthrough recording is still selling today. Santana’s first big public exposure had already come when he got an important break filling in as lead guitarist with an ad hoc band at the Fillmore West, then issuing his first album entitled Santana which featured his hit single from the album, Evil Ways.

Once Santana had made his legendary appearance at the 1969 Woodstock Festival alongside so many stars of music, and his song Soul Sacrifice was widely listened to, it only took the release of the Abraxis album to propel Santana to everlasting stardom. However, the music business is a fickle one and even the most accomplished and popular musicians fall out of favor with the public and the times. Santana certainly had his ups and downs in his early career when he played on the street to stay alive and experienced personnel problems with his bands. Looking at his performing and recording sidemen is like reading a who’s who of American pop, jazz and rock music. Perhaps Carlos Santana’s principal importance for these areas was his ability to crossover and even at times to head up a movement in which Latin-jazz-rock-fusion-blues-electronic styles helped break down these very categories just mentioned and to return music to its inspirational and ever developing true self, without specific labels and categories like pop, classical, jazz, etc., but simply as music. If the period of experimental music began in 1911 with Stravinsky’s Rite of Spring and ended around 1970, when the period of World Music was ushered in by Terry Riley and others, then perhaps Carlos Santana can be viewed as one of the leaders in this movement, still actively performing and recording today.