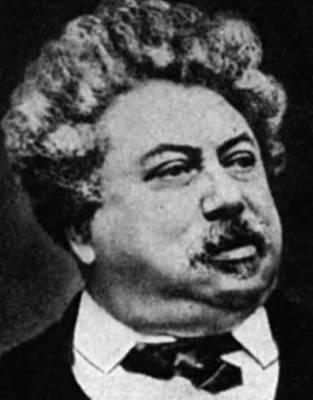 For those of us who grew up with a favorite adventure story in novel form, The Count of Monte Cristo has proved to be the tale of choice for many. Although the interrelationships between its many characters are highly complex, the basic story line is simple. A young man unjustly accused on the eve of his wedding of illegal political activities is sentenced to life imprisonment. He escapes and through the discovery of a huge treasure changes his identity to that of a wealthy nobleman and one by one takes revenge on those who ruined his early life.

The author, Alexandre Dumas has somehow faded into the background while his protagonist Edmond Dantes, The Count of Monte Cristo, has been represented in hundreds of films, tv dramas, translations and rewrites. Perhaps only Jean Valjean, the prison convict in Hugo’s Les Miserables turned mayor through his change of identity, can rival Dantes as such a formidable personage. Valjean, or Monsieur Madeleine as he is called, emerges as a human, kind and intelligent person disguised in a rough convict’s massive frame, while Dantes as the Count is presented more as a fine young man, handsome and ordinary-seeming in many respects, who through his adversity grows into a whirlwind character, a kind of Superman, after learning all he needs to know about life and gaining power from a cellmate in the infamous prison Chateau d’If.  After his spectacular escape he is as unstoppable as a hurricane or tsunami.

Dumas’ other books, particularly  his preceding swashbuckling novels The Three Musketeers and its sequel Twenty Years After, and also The Corsican Brothers, gave him the background he needed to produce his Monte Cristo novel in  the years 1845-1846.  These other books have also been the subject of many films and TV recreations.

Dumas suffered greatly as a child because of his mixed racial background. His paternal grandmother was a Caribbean of African origin, and his father a mulatto. Much of the emotion of Edmond Dantes’ rejection and betrayal, and also his driving desire to prove himself and take revenge on his childhood enemies can be traced to Dumas’ own background. In that sense, Edmond Dantes may be viewed as the alter-ego of the author Alexandre Dumas, Sr. Thus through the success of his story of a persecuted young man who succeeds against all odds to become an immensely wealthy and famous public figure, Dumas himself was able also to rise in the literary and social world in which he lived. Interestingly enough, Dumas’ paternal grandfather was a French aristocrat, so there was also the drive in him to reclaim the social recognition that was rightfully his by descent. This interesting psychological self-image as part African slave, part aristocrat, undoubtedly had an important role in such a catalytic process.

The gripping, titanic novel The Count of Monte Cristo, can be divided into three parts. The early life of Edmond Dantes up to his betrayal, his imprisonment in the notorious prison Chateau d’If including his miraculous escape, and finally his transformation into the personage of the Count and his wreaking revenge on his enemies. For many readers it is the seemingly interminable years in prison that are the most gripping and fascinating – the details of Dantes’ incarceration, the long, punishing hours, days, weeks and months in solitary confinement, and finally his establishing contact with the Abbey Faria, himself a superhuman figure who not only becomes Dantes’ teacher but also shows him how to escape and recover the fabulous treasure that only he knows of. Unforgettable are the scenes (one reads the book hypnotically, almost like watching a gripping film) where Dantes secretly sits at his feet and greedily soaks up all the immense knowledge that his teacher has to offer. Above all, Dumas was a master storyteller who was able to leave us readers little chance of escape either, imprisoning us in the book itself and allowing us to be released only after completing our reading of this absorbing timeless tale of love, revenge, hatred, and adventure.

PS – Thank God Alexandre Dumas still had time to write the definitive 19th century work on food, at once a dictionary and a cookbook, that foodies relate having found to be even more exciting than any of his novels.