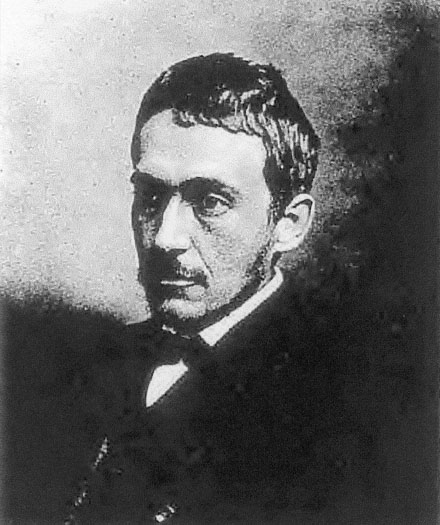 Born July 25 (The Day of Quixotic Exploits) Although Eakins (1844-1916) and Parrish (1870-1966) were of different generations, their lives shared a great deal in common. Both were born in Philadelphia, both attended the Pennsylvania Academy of the Fine Arts (where Eakins also taught), but most importantly both were staunchly figurative, realistic painters who avoided contact with the modern schools of abstract art and resolutely continued painting in their own representational styles until the end of their lives. Neither Eakins nor Parrish showed much interest in impressionism, cubism, symbolism, dada, surrealism, or any other modern art movements. Their treatment of the human form in their paintings and illustrations (in the case of Parrish, who was primarily an illustrator) stood in sharp contrast. Whereas Eakins emphasized the sexual and biological differences between men and women, Parrish presented a more neutral image of the human form, thus making many of his androgynous figures less specifically recognizable as male or female. Eakins, considered by many art critics the finest painter of portraits in 19th century America, was fascinated, perhaps obsessed with the human figure, frequently painting not only his students, models and himself naked but even in combination. In this way Eakins became a controversial figure because of the nudity and his frank (some feel homo-erotic) love of the male form. In fact it was the human body, both male and female, that fascinated him, one could argue, both on and off the canvas. As a book illustrator, Maxfield Parrish produced work that graced the covers and contents of works known to millions of American children, including Mother Goose and The Arabian Nights. He also was commissioned by Life and Collier’s magazines among others. His success and popularity allowed him in later life to simply paint paintings and to retire from the commercial illustration world.

Both Parrish and Eakins came from highly artistic families, and both of their fathers were professional artists and teachers. Whereas Eakins remained in Philadelphia for most of his life, Parrish chose to leave and to settle in New Hampshire, where he spent almost all of his adult life before his death at age 95. Some comparisons can be made between these two painters and the Russian composer Sergei Rachmaninoff, who also chose to go on writing melodic and traditionally harmonic music in sharp contrast to the other Russian enfants terribles such as Stravinsky, Prokofieff, Shostakovitch, and his own classmate Scriabin. When asked why he went on writing such old-fashioned music when compared to Schönberg, Bartok and others, he simply replied: “I don’t know. I just write music.” This answer might have been given by either Eakins or Parrish when asked why they went on painting representationally, as opposed to most of their modern contemporaries: “I don’t know. I just paint the human forms I see and imagine.” Strangely enough, now in the 21st century, Parrish, Eakins, and Rachmaninoff are back, appreciated more than ever, Rachmaninoff for his romantic melodies, Parrish and Eakins for their beautiful human forms.