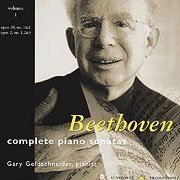 Recorded for the English Breakfast radio Amsterdam, where me and Gary both live, we sat down at his home where he played me a few tunes and we had a wonderful conversation on his latest book: Everyday Astrology.

In this audio segment only a quarter of the entire conversation is used for broadcasting but it does give an insight into the life and the mind of Gary Goldschneider. Raised in America and being a mutually talented musician and astrologer it was clear to me that his mathematically well organised mind has been helping him throughout the last 70 years of his life.

Gary also played a short composition for me on his grand piano- as he says- the grandest grand piano of Amsterdam-which you can hear when we play it in the back of our conversation.