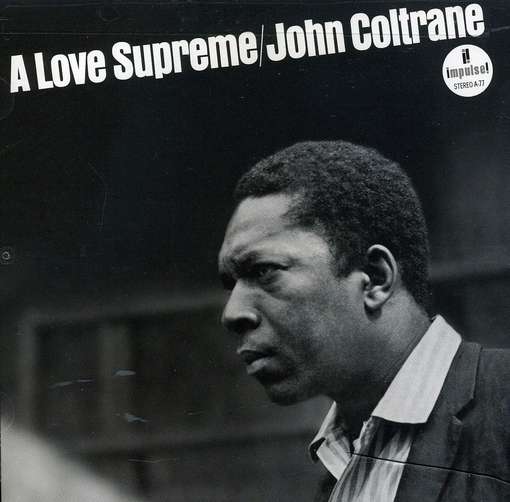 In the late fifties and early sixties it seemed that virtually every jazz musician was awed by the creative endeavors of tenor and soprano saxophonist John Coltrane. Likewise, many music lovers were attracted to his musical mastery and far-reaching improvisational explorations. The earlier Coltrane work might have gone almost unnoticed but when he formed his legendary quartet (himself on horn, McCoy Tyner piano, Jimmy Garrison bass, Elvin Jones drums) and started wailin’ on My Favorite Things it seemed that everyone sat up and took notice. Favorite Things was a reworking of Richard Rogers’ tune from The Sound of Music. Much jazz over the years had been structured on chord changes taken from pop hits by Cole Porter, George Gershwin and others, but Favorite Things brought in modal improvisation in which Coltrane was free to soar in long melodic lines, unencumbered by standard harmonic progressions. I was fortunate enough to hear the John Coltrane Quartet perform this and many other of John’s compositions in Philadelphia and New York clubs.
It seems incredible now, but for the price of a drink or two at Peps or the Showboat, two Philly jazz clubs just around the corner from each other downtown, it was possible to hear the likes of Miles Davis (also heavily into modal explorations and at times teaming up with Coltrane), the Jazz Messengers, Roland Kirk, Professor Charles Lloyd with Keith Jarrett, Sonny Rollins, Weather Report, Cannonball Adderly, and a host of other jazz greats. Coltrane came regularly to play in Philly as he had grown up and had many friends there, like his pianist McCoy Tyner also. (Philly musicians included, as well as Coltrane and McCoy, the Heath brothers, Nina Simone, Sun Ra, Philly Joe Jones, Wilbur Ware, Clifford Brown, Hank Mobley and Jimmie Smith.) The Coltrane tunes that influenced me the most were Afro-Blue, Favorite Things, Spiritual, A Love Supreme and later, his album Ascension.
We knew Coltrane in his earlier years as an accomplished tenor player in the tradition of Coleman Hawkins, Ben Webster and Lester Young, but it was when he moved into his middle period that he really caught on fire and we realized that he was off on his own. Then just as we were beginning to enjoy his ecstatic sheets of melodic sound, he moved into yet a third period, his last, and we felt totally left behind. Suddenly McCoy was gone, replaced by Alice Coltrane on piano, Elvin was gone and replaced by two drummers, and a second horn player, Pharaoh Sanders was next to Coltrane blowing screaming sounds off his mouthpiece. Coltrane seemed to go wild, blowing what sounded like pure cacophony to us. Gone was the melodic impulse of his middle period and we could only grieve over all that lost beauty. But Coltrane was Coltrane and you either followed him or got left behind.
When I saw him in concert at Temple University and later in New York in 1966 he was totally immersed into free jazz, an example of which can be heard on the album Ascension. At the Temple performance a kid was standing on stage waiting to introduce him, but Coltrane just wandered onto the stage alone blowing his horn. The kid thought he was warming up, but the concert had already started. Gradually as Coltrane was joined by fellow musicians, the kid realized finally what was happening and just walked dejectedly off the stage. In New York Coltrane was joined onstage by a host of drummers, as the emphasis was definitely on free rhythm and percussion. I distinctly remember the man I considered the non-plus ultra of musicianship putting down his horn, tearing open his shirt and singing while beating on his chest. One year later Coltrane was gone, but his spirit and enormous legacy to jazz and improvised music lives on.
– Gary Goldschneider