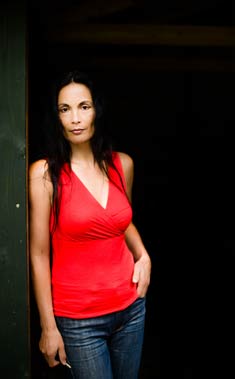 My muse has moved into a nursing home
The door that leads outside is locked
There is a magic code
Four digits that my muse no longer knows
Written near the doorjamb, this:
The password is the year in which we’re living
The present will never be her later
Before she won’t recall today
Later is already her very past tense
My muse has been imprisoned
In the room of my before
Gone is what goes without saying
Marion Bloem
(translated by Marion Bloem and Wanda Boeke)
Published in Dutch, the original version in ‘Thuis’ and in “In de kamer van mijn vroeger’.

About the author: Marion Bloem Marion Bloem, born in 1952 in the Netherlands, studied clinical psychology, and is a writer, filmmaker and visual artist. She published 12 novels, 8 children novels, several anthologies, a few poetry books, and a few non-fiction books. Her debut was on the bestseller list for more than a year. Some of her work is translated into German, English and Japanese. She wrote the poem Freedom which is translated into more than 130 languages and dialects. She made short films, documentaries and a long feature film, and her art work has been frequently exhibited all over the world. She is the child of parents who were born and raised in Indonesia during the colonial times. They were of mixed blood and Bloems’ work often refers to her roots. Recently a book about Bali with photographs by Ivan Wolffers has been publshed (Het Bali van Bloem). Her new novel ‘Een meisje van 100’ will be presented on the 30th of August 2012.