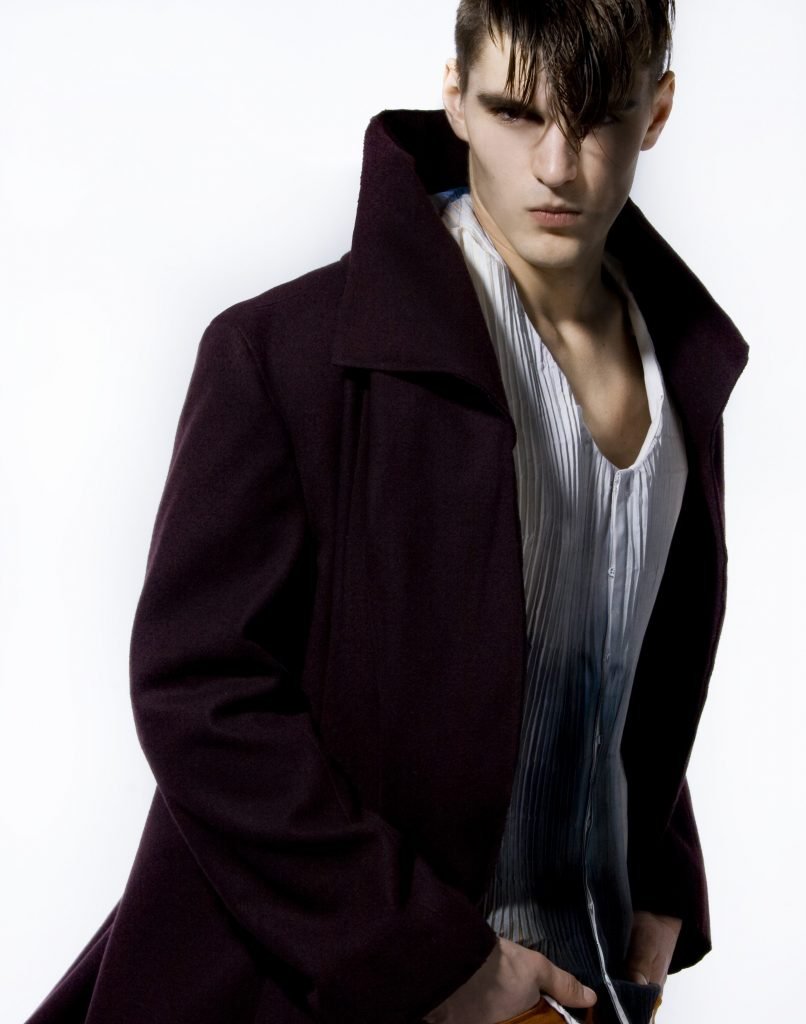 Ingredients of daily life and work of a successful young menswear designer:

In the summer of 2012, I spoke with Andrea Mohr, dedicated to making her work reach out to an international audience. We spoke of 7 elementary topics:

1)  International fame or acclaim- how do you think or feel  about that?

I only graduated quite recently but I’ve been taking part in the FASHIONCLASH shows for three years now.

Tokyo was a real source of inspiration when I was living there for a year. I really like how people in Japan dress and style their outfits. Especially men are so much more adventurous there! I also draw inspiration from contemporary art. Installations that deal with the perception of light and movement like the work of Olafur Eliasson particularly inspire me.

3)       How would you describe your work as a menswear designer?

My work is a lot about a certain story that I want to tell with each collection which I try to express in shapes and prints. Movement and construction also play a major role. I developed a lenticular print which I printed digitally onto cotton and then hand-pleated. The effect is quite amazing as you see the print in colour from one side and as the wearer turns in black it turns white from the other side.

We really need to reconsider consumerism and luxury. At the moment it’s a lot about new materials and production methods, craftsmanship will also play an important role in the future since it keeps clothes personal and I think many people seek that these days.

Continuing to enhance my own abilities as a designer is definitely one of my future goals. I would also like to have more stockists and make myself known internationally!

Combining my own creative work and making money on the side is not always easy.

In work and private life I am a very detail-oriented, driven and sometimes quite stubborn person when it comes to making compromises!