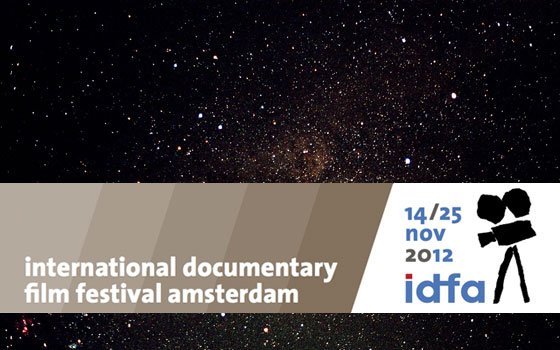 Festival director Ally Derks presented the programme for 2012 at the IDFA press conference this morning. During the press conference, it was announced that IDFA has entered into a cooperation with the new brand MARIE-STELLA-MARIS, and with the Bank Giro Loterij lottery.

Also, a new partner for the IDFA Fund over the next three years was announced: the Bertha Foundation.

IDFA will take place from 14 to 25 November.

IDFA and the BankGiro Lottery

The SNS Reaalfonds, which has been a partner of the IDFAcademy for six years now, is this year supporting IDFA with an extra contribution to audience programming.

It was also announced that the IDFA Fund, which has been financing documentary projects in developing countries since 1998, will be partnering with the Bertha Foundation for at least the next three years. The Bertha Foundation is a strong supporter of social impact media, and documentaries are central to this vision. As a result of this support, the IDFA Fund will move forward from a period of uncertainty marked by the withdrawal of its regular subsidy from the Ministry of Foreign Affairs, to a healthier existence.

This year marks the 15th anniversary of the Fund, previously known as the Jan Vrijman Fund but recently renamed the IDFA Fund. To mark this occasion, ten infographics have been created by XML Architecture Research Urbanism, visually representing the history and achievements of the Fund. These data visualisations, ‘A Visual History’, will be exhibited at the audience box offices in the MARIE-STELLA-MARIS IDFA Café.

This year’s IDFA trailer was produced by Cape Rock. The trailer consists of a number of short film fragments of films screening in the IDFA programme. The music for the trailer is by Rodriguez, Sixto Diaz from the documentary Searching for Sugar Man, included in the IDFA Competition for Music Documentary. With special thanks to Interior Music Corp. / Universal/MCA Music Ltd for making the music available.

The IDFA trailer can be seen in a large number of cinemas throughout the Netherlands and some of the Jean Mineur network.