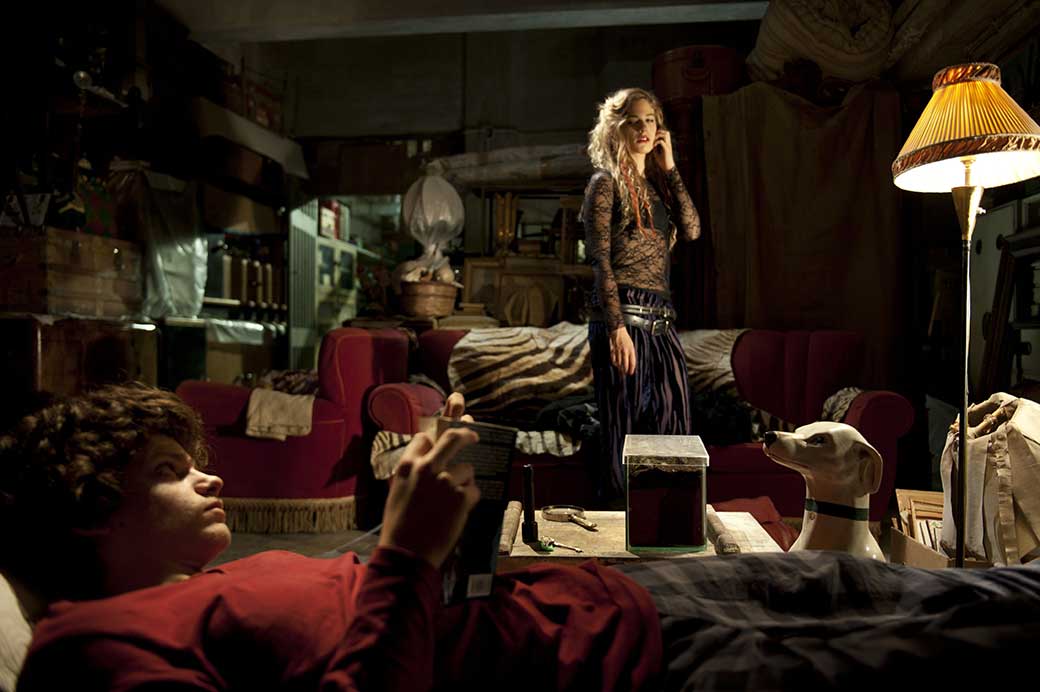 Bertolucci did it again.

After years of virtual silence Bernardo Bertolucci, one of the masters of Italian cinema has come up with a new masterpiece.

Set in contemporary Italy it zooms in on the relationship of a young teenager, his mother and his few years older half sister.

Almost like is the case with a theatrical setting the entire film was shot in the basement of an apartment building where all three main characters once used to live and which is still the home of the mother and her son. His sister shows up as he is preparing a week long stay in the basement of the building, whereas  he was supposed to be on a holiday with his classmates. Instead, he saves the money from the trip to simply be on his own, listening to his music on headphones, reading books and eating the things he likes. His sister shows up and, as she is a homeless junkie he soon finds out, they get to spent that week together. Meanwhile, she needs to overcome a cold turkey on one of the improvised beds and in the basement toilet and he finds ways of helping her out of her pain. His relation with his grandmother who is in a hospital and his sister’s weird relationship with an art buyer – slash- secret lover, are the only visible extra characters the film brings to the foreground. Bertolucci who directed this film from his wheelchair could not have made a better example of what cinema can do even within 4 walls. As sister and brother grow closer to one another after a short period of distrusting one another, they eventually get together better through the exchange of historical facts of mutual interest in relation to their upbringing. Both are alone and feel neglected after their parents split up and the sister had to make way for his mother in a new relationship with their father.

Cinema pur sang I would say.

Bertolucci shows he is still capable of doing what he is best at doing: telling true stories about people in their daily lives and struggles. He did not need to make another Novecento (1900) with stars like Robert de Niro, Donald Sutherland and Gerard Depardieu to get to that level. Maybe the film resembles Last Tango in Paris most. A simple room will do for Bernardo Bertolucci to tell the story that can capture a generation.