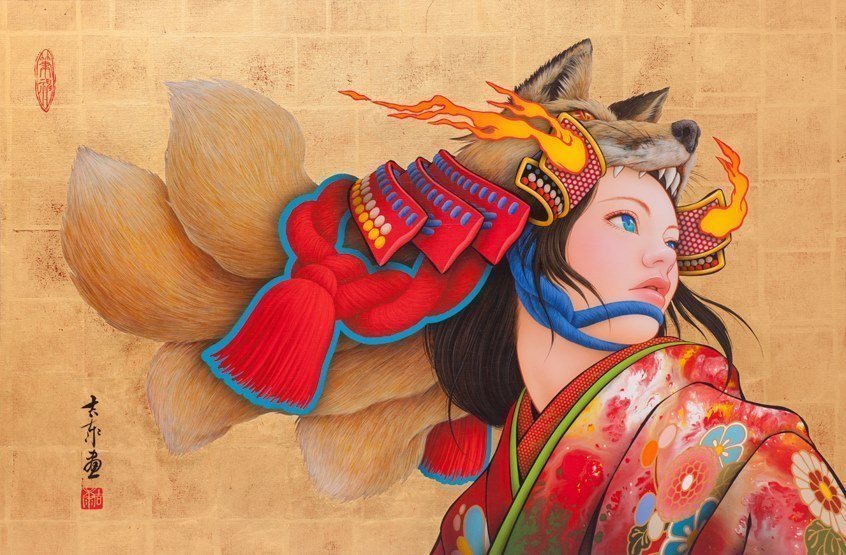 Not many of the people who came to visit at the special opening of KYAS ART SALON, knew the difference between a gallery and an artist and residency project space. Noteworthy is the fact that Amsterdam is home to the Ateliers or Rijksacademie apart from having its own Rietveld art academy and the film academy, of which the first mentioned is the only real artist in residency project known to the general public. Setting up and being successful in curating and managing an artist in residency privately has proven to be quite complicated over the course of decades. Across the world institutionalized versions of all genres work pretty well and make sure that talented artists of all types and origins can work and travel, exchange experiences and make a living for themselves.

Amsterdam presents KYAS ART SALON, a personal initiative of Kaoru Yamamoto, who most people know as the artist VJK, living and working mostly in the Netherlands and her native country Japan. Seen her background it is not surprising that she choose a young artist like Yoshiyasu Tamura, mixing Manga style and other more realistic approaches in painting.

Tamura to be the first to exhibit of which the vernissage on last Saturday late afternoon and evening should be called successful. Alternating between Eastern and Western themes and techniques, both the imaginary and realistic merge together. Also, a live painting session accompanied by live singing and piano by a fellow Japanese artist, made this salon gathering into a typical lush life meeting of creative minds and buyers of artwork.

The artist will live and work in the building for a while along with his exhibition on the first floor.

The exhibition has started today, till 12 December.
Please drop by to see the New Manga Fine Art and meet the Artist.
Every afternoon, open by appointment.
Please call or email before your visit.
T – 020 6220650
E – [email protected]
S – www.kyasartsalon.com