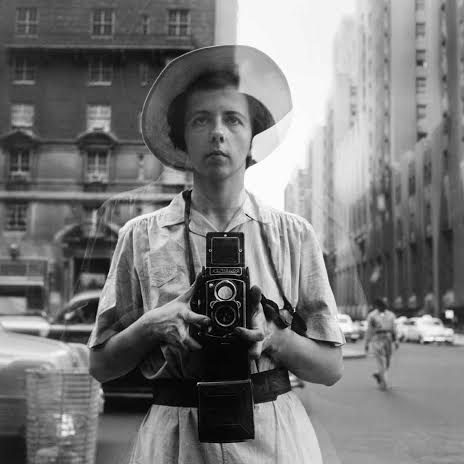 Vivian Maier’s life and ‘work’ ( she was a nanny most of her professional life and never sold a single photograph) is of stunning beauty – also seen the fact that she has never received an education in this artistic field and never exhibited nor received any further professional advice and funding what so ever. Apart from her photographic work, it is advisable to see the documentary by John Maloof who made it possible for a world audience to discover both her work and life after she passed away in poverty a few years ago.

The exhibition that is currently in FOAM museum has shaken the world of contemporary street photography as her legacy is of such magnitude that it beats ( if one could address artwork like it) many of the photographers known to us. In her lifetime she professionally nurtured and raised quite a few children – grown-ups in today’s world – who are almost the only ones that have known her closely and personally. Vivian remains a mystery.

However, herself she reveals her world through the photos she took with her Rolleiflex, hanging around her neck, as she was circling the streets of NYC accompanied by her youngsters she looked after. Their recollections of this tall but rather eccentric person, who although she was from NY spoke with a slight french accent, proves to be a source of insight into her real personal and psychological whereabouts. The people she took photos of show us the world which she was in – day in – day out. It also tells us in which type of situations and layers of society she was interested in. She sympathised with the deprived, the poor, the lonely.

The exhibition attracts and scores high in numbers of people visiting and it is a true must see for all – young and old, professionals or any other photographers.