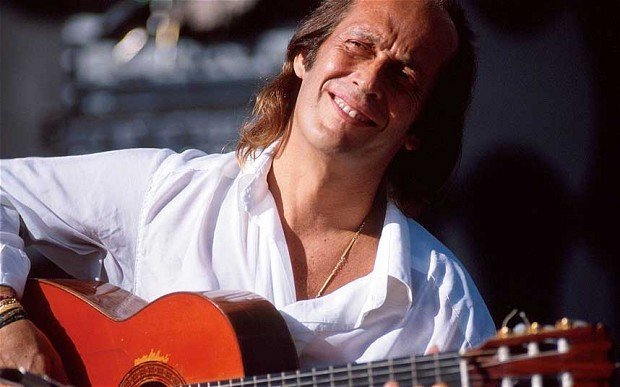 In the many genres that documentary can have, music documentary or ‘rockumentary’ is for many spectators among their favorites. As the IDFA festival chooses to host directors of films around subjects of which  (recent) political issues, the ecology, freedom of speech, free media and gender or human rights issues are most frequent, the music documentary still stands out as having a storyline to guarantee a more careless and cheerful night out. Although on some occasions the quality or outcome of a film within this genre can prove to be disappointing, most of them are worth while viewing in a true film hall with adequate sound facilities, used at IDFA.

We should at least make a distinction between films on ‘famous’ people and those around musicians that have not (yet) made a claim to fame, as it is by far more easy to make a film on artists or musicians that are well known, than doing it successfully with and around people who have not made it at all. However, recovering a ‘lost’ prodigy or star is probably the most sought after theme, the larger audience would look for in a festival. ‘Searching for Sugarman’ at IDFA 2012 was a good example of that tendency. The answer lies probably in the fact that nobody likes to identify with ‘a star’, ‘lost case’ or a ‘looser’ but rather with a person or group that has features of all three. Maybe we could say that music documentary is the most accessible for all people, bringing sounds, rhythm, emotions and images closer to one another.

Anyone that ever picked up an acoustic guitar is at least faintly acquainted with the name of the Flamenco guitarist Paco de Lucia. How big an impact his life and work had on the future of Flamenco (the traditional sound and rhythm of the gypsy community in Spain) can only be understood by digging into his personal history, his records and the musicians he worked with. This documentary truly sets out to give an honest insight into Paco’s life. The artist died at the age of 66 in February this year.

Unlike many of the traditional Flamenco guitarist, singers or dancers, Paco de Lucia became the master of it after having spent years, starting at the age of 7, performing the art of traditional flamenco guitar playing, then transforming himself in the sixties and seventies and mixing other elements of music into his style and later coming back to a new take on what flamenco for him really meant. In short: his life was a quest for his own sound, his own approach of which he then became the undisputed master. As shy and withdrawn in his private life, the greater his influence as an artist in his times and craft.

As we see and hear De Lucia speak, play, record and spend time with his son and other musicians, we get close enough to his own self in the last years of his life. Quotes and interviews with other musicians portray him as an extremely motivated and passionate person, living a life on the road and at the same time so much linked to his Andalusian roots.

As the foremost predominant instrument of the continent of South America, the accordion and its sound forms the melancholic answer to the music of the European continent played at the time. The accordion or bandoneon were among the instruments that many settlers coming from the Mediterranean, as well as from other European countries brought along, which then formed the backbone of the sound and dance of the Latinos.

In July 2013, the Brazilian accordion virtuoso composer and singer Dominguinhos died at the age of 72. Influenced by both Samba, Conga, Chachacha and Beguine he also played less known styles as Choro. Due to his fear of flying, he never moved far away and therefore is less known outside of the continent of South America. We meet people from various stages of his life and music among many of his wives – a noteworthy detail that characterizes the man partly.

The editing and use of found footage related to his times and the use of interviews and photos from the past make this film a wonderful and little, but important gem of the festivals’ plethora of films made with grace and style using ingenuity at the same time.

As the title suggests: this film is not only about the (god)father of Soul and Funk, but it is also about those years in which he became notoriously linked to the musical styles he represented and introduced. This documentary focuses on his youth and prosperous years. Seeing him grow up, coming from a very poor and deprived area and upbringing, in a way, James brown can be called a perfect example of the American Dream. It is great to see that he also earned much of his fame by simple and hard work on and off stage. Interview contributions in the film by musicians like Mick Jagger, Bootsy Collins and Fred Wesley add to the total picture. Musicians who James Brown worked or performed with speak of a man obsessed with musical perfection on stage and a true natural showmaster at the same time.

Later musical stars like Prince and Michael Jackson as well as Bootsy Collins and Fred Wesley themselves, sprout because of their work and previous experience with James Brown.

It is hard to fail in this film as a filmmaker, especially when Mick Jagger produces and all the possible former members in his bands care to take a small or bigger part in the film. An important part of the story speaks of the influence James Brown had on the peace movement at the time of the late sixties and Martin Luther King. His unforgettable shout out- so well known to all people- to love, freedom and care for all ‘ brothers and sisters’ across the nations , still stands as firmly today as James handled his performances and bandmasters during his ever growing success in those days. He was both a musician and a politician in favor of the black cause and equality for all. However: some of his bandmasters, producers, singers and stagehands complain about his enormous ego and some other things that made this boy from the ghetto hard to deal and talk with. Others praise him for other reasons. Nonetheless: This film around the hardest working man in showbusiness is definitely a feel good movie, which also brings back memories in the political field of the fifties and sixties and some of the most important musical shifts that James was the insightful instigator of. The quality of the soundtrack is obviously perfect.