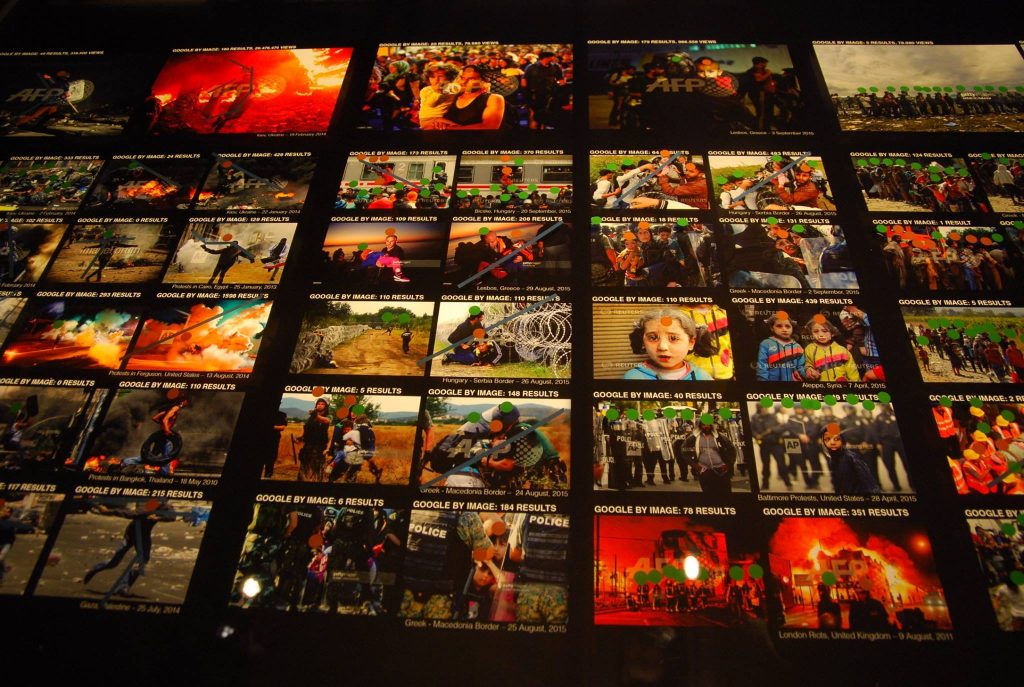 The international Photo Exhibition Breda Photo 2016 will have ‘YOU’ as its central concept. How interesting it could be to be able to study in which ways other photographers have captured and narrated stories in relation to ‘US’, the viewers and protagonists. Or was it not just that?

After an opening in the Chassée theatre in which a dance choreography of close to an hour in length had taken place, the performing group, turned towards the audience and asked us to join in a group session of a simple dance – or shall we call it ‘ a body movement’. For a few minutes, performers and audience were bound in a single movement. It was US, being together. Were barriers torn down between the audience and artists?

If we look back in time and as far as 2012, the central theme of Breda Photo was the ‘Homo Empaticus’. The lush translation of: us- the human kind investing its powers into understanding the ‘other person’ around us better. In ways ‘YOU’ as a central theme, maybe referring to the smashing hit on social media platforms of the so-called ‘selfie’, could not have been more distant from an empathic photographer.

However, after a close examination of the initially controversial theme of YOU, the group show turned out to be exactly what it had set out to do: binding ideas from various people, gravitating towards a mutual goal in which YOU, yes you, are at the core of the very notion and existence of it. Let’s say: making photography more accessible for all. And yes indeed, have we not seen much of that in the global media in recent years? People using their mobile phones and thus cameras, to reach out to a global audience. The trend is ongoing, as YOU know.

At first glance, the theme could have felt strange and awkward, but if we analyse it a bit further – and also the word YOU, in its very meaning – it can mean two things at least: you singular and you plural. I guess it means…all of us..! And it certainly was not about ME. Moreover, it is about a singular group or an individual fighting a battle against a larger system, surrounding it.

”Where governments don’t respond, citizens take matters into their own hands”.

On the central square of the formerly military base, opened up to a wide audience and being a residential area for over a decade, we immediately grasp the impact of the larger than life exhibits. Young and old visitors take snapshots of one another standing and posing in front of these giant photo essays. Like those of Ralph Mitch, born in Germany in 1967, speak volumes and who also form the imagery on many of the posters of the entire Breda Photo group exhibition.

A project that goes well with the central theme was that of Peter Dicampo (VS 1984) & Austin Merrill (VS 1968). Their project on facebook ‘Every Day Africa’ allows and gives voice to anyone in Africa to upload images of daily life on that continent. Often these images are in stark contrast with the general idea many may have of it. It at least shows a lot of joy, diversity and a richness in various ways.

Carl De Keyzer (Belgium, 1958), a renowned and awarded Magnum photographer, opens up to a large audience for the first time as he brings his contemporary series titled ‘Cuba La Lucha’ along, depicting a country on the verge of going into a political and social shift. What have decades of communism done for the country, now as it is opening its borders, allowing capitalism in? There is still so much to say about that, obviously.

Mathieu Asselin (FR, 1973), has joined the BP16 group with a series of portraits on those who we were in the occupy movement in New York after the fall of Wallstreet. They called themselves the ‘99%’ referring to the fact that 99% of all American citizens own or have as much money and power as 1% of its richest citizens, who therefore control the masses and the ordinary man and woman in the streets of the US.

Another ironic or at least joyful part of the exhibition is the series of Léo Delafontaine (France,1984), who traveled around the globe finding various ‘micronations’, countries that consist of just a few people up to a few hundred people. These self-made states have kings or presidents and a local currency and flag and often an anthem linked to it. To my surprise, there is actually two of these in Danemark and many others scattered around on other continents.

Both themes of the above French photographers question us in relation to our awareness of the identity we share with others and the power that states may have over the individual. So, in fact, that is YOU.

Niels Ackermann (Zw, 1987): ‘l’Ange Blanc’ is of remarkable beauty. Bringing us the city of Chernobyl in the Ukraine, where youngsters are having a pretty lively time, as shown on the photographs lined up on the side of the large open-air exhibition area, where young teenager cyclists pass by after school. Do these high school students see a comparison between their lives and those of the Ukrainians? And do they imagine being one of these people depicted in a far away land? Do they imagine having to do the job of building parts and adding these onto a former nuclear reactor and devastated habitat? Niels Ackermann’s 3 year’s study is worth seeing. He already won the national photographer’s award in Switzerland in 2016.

But there is much more to see and experience at Breda Photo 2016. You may want to investigate your ideas and feeling about it all until the end of October 2016.

Next post: Weiner: the downfall of a talented politician