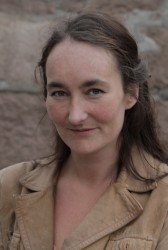 Kari Ann Moe’s new internationally released documentary film ‘Rebels’ deals with young people in their late teens or early twenties in the city of Oslo. Most of them dropped out of society at an early stage in life.

Many of them have a very low self-esteem, have a small or larger criminal past, are simply too vague in the head, have or show no or little discipline or are in other ways hard to get to and therefore drop out again.

Jakub has serious issues with alcohol, Maylen battles with ADHD, Kelly cannot imagine being worth or simply being just anything. Jan Olav – recently released from prison- dreams of becoming a professional rapper. He threatened another child with a knife, defending or stepping up for his kid brother, who by now is a well-known DJ in Oslo. Will Jan Olaf, who is also dyslexic, remain the black sheep of the family or will he work his way up, like Jakub, Maylen, Kelly and so many others will have to try? His tutors believe in him, but can he control his anger?

They all struggle to get back on track with the help of a program, commissioned by the Norwegian state, which brings them together under one roof – a modern building with claustrophobic and colorless classroom situations mostly during a few months. The aim of the project is to make sure they will gain more self-awareness and hopefully be better equipped to deal with society and others and to find meaning in their lives and a job.

The camera is rolling at intimate and vulnerable moments during these months inside. Every now and then the camera takes us to outdoor locations. We see little of Oslo.

We speak to Kari Ann Moe, director of ‘Rebels’ and a mother to three children.

Could you tell me as the director of ‘Rebels’ why you wanted to make this documentary bringing a typical Oslo ‘coming of age’ situation into an international area?

I want my audience to get close to these young people and see how they struggle, and why. And one of the reasons – and this I found out during the shooting of the film – is how our society – and the school system in particular, celebrates just a very narrow set of talents. If you are talented outside of this “box” – there is a big chance you won’t be counted in. And even worse – you might be looked down on. This is dangerous – people who lose confidence and experiences that they never are appreciated, tend to get angry, very angry. I believe this is relevant in an international setting – not just in little Oslo.

What — in a single sentence– lies at the heart of that documentary?

People need to be appreciated, the school system will fail if it doesn’t manage to give people faith in themselves.

After your previous film ‘Bravehearts’ – which dealt with young political activists in Norway before and after the manslaughter by the infamous Anders Breivik, responsible for killing so many innocent, you chose to work with young people again in ‘Rebels’.

What excites you when you choose to work with the age group of young people, in between 16 and 25 roughly?

In this age people are not children anymore – they have already experienced a lot – they are wise in an impressive way – and, at the same time, they still have a lot of dreams and fears about what will happen next in life. At this age – you are experiencing a lot of things for the very first time. Like preparing for your very first job interview ever, or maybe you dare to tell a personal story to someone who means a lot to you, or you suddenly understand those bad things you’ve experienced actually were not just your own fault – for the very first time. It is fantastic to be present with a camera when these situations occur.

At IDFA festival last November 2015, you brought along Jan-Olaf, who is sort of the main character in ‘Rebels’.

How did the film influence his life? Has he been able to improve his situation?

IDFA was a major experience in Jan Olav’s life. The look on his face when he spotted the projected picture of himself on a big wall outside the movie theatre… priceless! When he first saw the film he said – I will not give permission to ANY screenings of this film! I don’t want it to be screened anywhere! A week later I brought him along to a setting where we screened some clips for students. A 16 years old girl came up to him after this and said: ” – You’re a hero for me – my brother is just like you – he has dyslexia, he has quit school, he’s angry – just like you – and now you make him feel less alone. Thank you.”
After this Jan Olav told me to screen Rebels everywhere!

How did the same film ‘Rebels’ influence the other girls and boys whom you choose to follow as part of your research and filming?

I hope all of them now know that they have contributed to a film that has started a lot of important – and even some life-changing talks between people who saw it. We’ve had feedback from teachers who say that they for the first time have been able to actually talk to some of their students about their situation after watching Rebels. That’s huge I think.

What do both Bravehearts and Rebels say about Norway in your view?

That you get pretty far with love – and some courage. And that there is more to Norway than just rich, happy people. The murder at Utøya was “homegrown”.

After speaking to many a viewer, a question arose to the title of ‘Rebels’.
In Dutch, the same word means: rebellious- against the current status quo, against the system. Or something related to that idea. It is also the singular of the noun in English – a Rebel.

My questions are these:

Do you yourself wish to be a rebel or have you been?

I think I was – I was politically active and joined a lot of demonstrations in the streets when I was a teenager (even organized some) – but I was more a rebel like some of the youngsters in Bravehearts rather than the characters in Rebels. I hated racism and injustice.

Is it because you choose to live a ‘normal life’ with three children and a beautiful relationship with your partner and producer, that the idea of still being rebellious is appealing?

Ha, ha – no – I don’t feel very “A4” – actually – it’s kind of opposite – I try to be grown up – do the right things and be a responsible mom – but I sometimes think it is hard to match the rest of our neighborhood. I always feel we are the hippie family in the street. Our house is often messy, we travel to film festivals instead of doing sports stuff on the weekends, we have often different work schedules than other people etc. And I like that to an extent, but at the same time, I don’t want our children to feel too different.
I liked school – and my mom cheered my political activism and told me I could be anything I wanted. She’s fantastic.

What helped you to become and decide to be a filmmaker at that time in your younger years?

I wanted to make a difference – and I was thinking that films are easily accessible. More accessible than for example a text. I wanted to make something that many people could experience – regardless of social background and skills. Films sounded like a good idea.

What are your expectations for the international release of ‘Rebels’?

I hope the film can be meaningful also for an international audience. There’s Jan Olav’s and Kelly’s everywhere I guess.

Is it time for you to work on a film outside of Norway?

Yes – that would be great – if the right project came along. People are not so different around the world after all – we want to be safe, we want to be needed, and we want to be loved. And sometimes – we dream about contributing to big things and maybe put a little footprint in the course of history –  in other words: to do something good.

Previous post: Weiner: the downfall of a talented politician