crisis vs. arts and culture 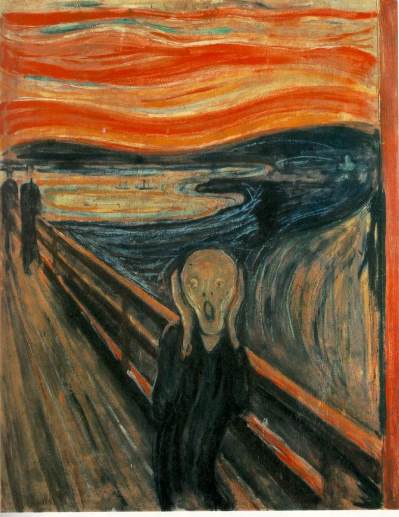 SICA has consulted its partners in a number of European countries in order to gauge the mood in the cultural sector. The first overview was published in June 2010 and updated in October 2010.

None of the countries is currently in a position to provide a full picture of the impact of the economic crisis on cultural budgets. Cultural platforms, networks and observatories, including Lab for Culture and IFACCA, are monitoring developments, but much of the information available dates from the first half of 2009. Even then, prospects were far from positive, but the general expectation was that the subsidised sector in particular would see only limited effects. One year on, the situation appears to have worsened although hard evidence is still thin on the ground. What is certain, is that cuts have been announced across the board, but these have not all been implemented so far. The sword of Damocles is threatening the whole of European culture and in some countries it is hanging from a particularly thin thread in view of the (impending) elections. Double crisis: cuts in the run-up to elections

Cost-cutting can be direct or indirect. Almost everywhere, ministries are cutting their subsidy schemes for cultural institutions. At the same time, cultural budgets are threatened by cuts in the government funds used primarily by lower government authorities to finance their cultural policy, as is the case in the Netherlands with the Municipalities Fund (Gemeentefonds). Local government authorities face difficult decisions: should libraries stay open? If so, the swimming pool must be closed. For politicians, culture is just one of many areas where savings can be made. Those in favour of government support for the arts are few and far between and tend to keep their heads down when every vote counts.

In many countries, the sector has been forced onto the defensive. The gulf between the traditional ‘high arts’ and new creative disciplines and sectors appears to be widening and it is increasingly difficult for ‘old’ art to secure political support.

Ministerial budgets were recently subjected to additional constraints. The Flemish Minister of Culture has frozen €4.4 million within the cultural budget until further notice. Structural subsidies already promised have not been affected, but the ministry will not process any new applications for subsidised projects in 2010. The consultative body for organisations in the arts (oko) has now established a think-tank and a campaign group as a response to the cuts and to mobilise the sector in the run-up to yet another election.

The cultural budgets in Croatia appear to be reasonably stable. At local level, the government spends between 7% and 14% of its budget on culture. However, as a result of drastic government cuts, the budget for art and culture has fallen significantly in absolute terms over the last year. In 2008, 14% of the government budget meant €20 million, but now the figure is just €8 million. The bulk of the available funding is being used to maintain the infrastructure (and pay salaries) and to cover the cities’ legal obligations to public cultural institutions. The government is actually supporting cultural organisations which are unable to produce anything because there is no money for programming or to support projects in the independent cultural sector. This is undermining the dynamism of the arts and public participation in culture.

A large proportion of the cultural infrastructure in the performing arts is funded by central government. This includes the National Opera and a number of public funds and executive organisations. Government support is continuing, but cuts proved to be unavoidable. Compared to the first half of 2008, cultural institutions have seen funding fall gradually by over 15%. There will be a further reduction of 9% in 2010. No further budget cuts are expected for 2011. An additional problem for cultural organisations has been the increase in the VAT rate in 2009 from 5% to 18% and finally to 20%. This has resulted in more expensive tickets and lower net proceeds from ticket sales for theatres. Some theatres have seen attendance drop by around 30%, while others have seen increases of 25%. Compared to 2008, theatre attendance fell by an average of 12% in 2009, receipts were down by 14.5% and there were 6% fewer new productions. In mid-2010, no one is optimistic about the rest of this year. Many theatres are preparing campaigns in order to limit further reductions in attendance figures.

The cultural sector has not escaped the cuts. What remains uncertain is the size and scope of the measures to be taken. The sector is preparing itself and trying to cut costs where possible, sometimes with dramatic consequences, such as the threatened temporary closure of the Hamburg Kunsthalle.

The role of government in the arts and culture is not under question. However, there is pressure on funding, especially from the federal states, with reduced cultural budgets in Schleswig Holstein (-15% in 2011 and -15% in 2012) and Sachsen-Anhalt (-14% for projects and film) being notable examples. The prevailing public opinion is that culture remains important. Although the cultural sector will not be able to escape the cuts, vigilance is called for in order to prevent irreversible damage.

The financial crisis has hit Latvia hard, leading to drastic cuts in national government budgets. The cultural sector is facing difficult times. Compared to 2008, support for the professional arts has been cut by 48%, with the National Opera (-55%), the film sector (-67%) and art and literature (-40%) being particularly badly affected. The average salary within organisations dependent on the Ministry of Culture has fallen by 30%. There are certainly more cuts to come, but no one dare predict what further measures will be taken. The importance of culture is not afforded much value in Latvia and it is therefore not automatically included in the strategies designed to ensure that Latvia becomes a sustainable and economically healthy country in the future. A major campaign, entitled ‘I support culture’ reached only 1.9% of the population. The cultural sector is highly divided and is not capable of joining forces or developing potentially useful plans.

Since Vilnius was the European Capital of Culture in 2009, the cultural sector has been reasonably well funded by government. In 2010, this funding has dried up and the budgets of both the Ministry of Culture (including all government support schemes) and the national institutes have been reduced by between 25% and 50%. The financial strife has reignited the debate about necessary reforms in the cultural sector – which originally arose in the run-up to the year as European City of Culture –but no real changes have yet been implemented.

In October 2010, the leaders of the conservative VVD, the Christian Democrats and the Freedom Party presented their plans for a centre-right coalition. The plans include 18 billion euros in cuts. The culture budget will not be spared. The plans consist of a budget cut of € 200 million euros for the arts, i.e. a 20% decrease of the current state budget for culture. The cuts will be implemented in the living arts particularly, heritage and amateur arts will largely keep their budgets. Other measures effecting the cultural field include a 15 percent increase of the VAT on tickets and art purchases, the abolishment of the temporary income support for young artists and restructuring the public funding bodies into ‘investment funds’.

In Norway, the prospects for the cultural sector remain positive. In recent years, the government budget has increased significantly. Although economic growth is stagnating, no cuts are planned. However, cultural organisations are finding it increasingly difficult to secure sponsorship from the business community.

The cultural sector in Portugal is under pressure. The country has been facing major economic problems for quite some time, as a result of which the Ministry of Culture has little to spare for the arts and is currently considering cuts in its international representation (including the CCP). In addition, many projects were funded by means of cheap loans from banks, but these are no longer possible. The only consolation is the existence of one or two wealthy patrons. So far however, the creative industries have escaped this misery. A new creative cluster is currently being developed in the North of Portugal, funded by private investments.

The Slovenian government is currently reviewing it budgets for this year and for 2011. The Ministry of Culture will need to make cuts of 5%. While this will certainly lead to problems, the situation at local level is more serious. Because the 5% cut is the first negative measure taken by the ministry, there is no talk of a crisis in the cultural sector. The ministry is still trying to improve the overall conditions and support for artistic production and projects.

The government cuts announced in Spain are causing some concern. It remains unclear what the effects will be on the cultural sector. The full details have only been announced for the audiovisual sector so far.

Recent changes in Swedish cultural policy, in which regional government authorities have been given a bigger role, have created a mixed picture with regard to growth or cuts in cultural budgets. Smaller cities have been forced to make cuts, but the impact on the cultural sector has been limited by increased budgets at regional level. Certain larger cities have even increased their cultural budgets. The question of legitimacy is hardly ever raised. However, political interest is currently more in favour of the creative industries and the innovative role of culture. This has been at the expense of the focus on the traditional arts that previously prevailed.

The Turkish government is trying to minimise the impact of the economic crisis on the arts and the country’s cultural heritage by reforming legislation. This legislation forms the basis for financial support and a range of government awards. In drawing up its new legislation, Turkey is looking for inspiration from the European Union and its separate member states and international organisations such as UNESCO and the Council of Europe.

In the UK, almost all areas are under threat. The coalition wants cuts for culture and sport, over the next four years, of between 25% and 30% – the greatest budgetary crisis in the arts and heritage since government funding began in 1940 and according to newspaper The Guardian ‘a blitzkrieg on the arts’. The Culture department (DCSM) has imposed severe cuts on the Arts Council (€21 million in addition to the savings of €4.4 million already made by the AC) and culture is seeing bigger cuts than the other areas within the portfolio (sport and media). Certain critics of cultural subsidies in the United Kingdom have seized the opportunity to argue that the cultural sector should be funded by the market alone.

There is very limited public support for cultural subsidies and British cultural policy is already a public-private affair. Hunt intends to increase cultural funding from lottery proceeds to its original level, but until 2012 it is expected that the Olympic Games will take precedence in the allocation of this funding. Many cultural subsidies are funded by local government and these are currently under pressure as a result of reduced proceeds from local taxation and cuts in central government funding.