In a packed Tuschinski filmtheatre musician and teacher Daniel Vedia and Fabrizio Aramayio, one of his talented pupils, gave a little live concert after their filmscreening at IDFA festival 2011. Present at this screening were also princess Maxima and crown prince Willem-Alexander of Orange. Both Argentinians were a major part of the documentary film : ”El Sonido del Bandonéon” made by Jiska Rickels.

Daniel was awarded with a financial contribution to help continue his work as a fervent teacher to those who cannot afford to buy a bandonéon, as their instrument – so the film’s  narration tells us in stunning visual and musical scenes – has become scarce in the country that created the melancholic heart of the tango after the instrument had been imported from Europe in the early 20th century. 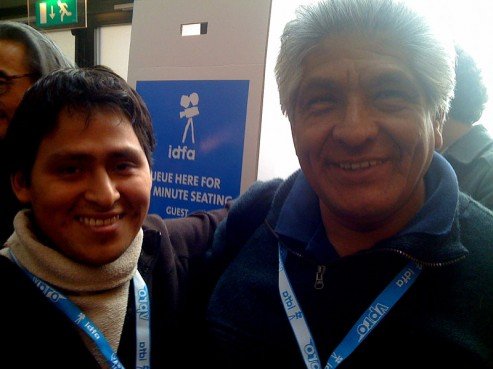