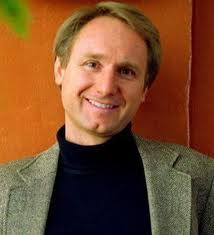 One of the bestselling authors of all time, total sales of Brown’s books probably push up daily toward 100 million.  What is the reason for this phenomenal commercial success of books dealing with esoteric and arcane material? In his books The Da Vinci Code and Angels and Demons Brown introduces secrets that have been shrouded in mystery for many hundreds of years wrapped inside thriller novels that remind one of contemporaries like Ludlum or Forsythe who write more against a setting of political, rather than philosophical or intellectual intrigue (as Brown does). However, what all these books share are plots involving assassination of important figures, world takeover, the single heroic individual fighting the forces of evil, and puzzles, symbols, and other semiotic signs. One immediate points of reference suggests itself: the book The Holy Blood, The Holy Grail, the authors of which sued Brown for copyright infringement and lost the case (some feel because their book was presented as non-fiction to the court) since it is common practice for fiction writers, like Brown, to use non-fiction works as reference. Let’s now examine how metaphysical and esoteric thought have operated on human consciousness at several levels of increasing popularity.

First we have the original works written by occult philosophers, alchemists, astrologers and scholars such as Pico Della Mirandola, Giordano Bruno, Paracelsus, Robert Flood, works that for many years were studied only by other scholars and intellectuals. Their ideas of course filtered down into the popular consciousness over decades and centuries. Secondly, the ideas then began to take hold in modern times through the growing popularity of astrology, numerology, palmistry, magic and tarot among the general public. Books like The Holy Blood, The Holy Grail and The Morning of the Magicians offered a serious, non-fictional, re-interpretation of history that in the case of the two books just mentioned explained the rise of Christianity and Nazism, respectively, giving a whole new spin to the personal legends of Christ and Hitler. At the third level, come Brown’s books, and also a whole flood of non-fictional, semi-philosophical and –metaphysical works like The Secret and perhaps my own Secret Language of Birthdays. In the fiction sphere we can see this interest in the occult reflected in Rowling’s Harry Potter books, the films of Peter Jackson’s Lord of the Rings of J.R. Tolkien, The Lion, the Witch and the Wardrobe from the Narnia series of C.S. Lewis, and a host of others. In fact, this interest is paralleled by the solid success of science fiction and fantasy books over the years which often incorporate such metaphysical material.

Thus, all of these works have something important in common and that is the telling of a story, either in written form or film, which involves the supernatural (think of Stephen King, for example), thrilling black magic (The Exorcist), metaphysical symbols and puzzles (Dan Brown), or historical recreations such as semiologist Umberto Eco’s brilliant book and film The Name of the Rose, all of which succeed by convincing the reader or film audience that such things are not only possible but are actually happening during their reading or viewing experience. If we are to look for the earlier antecedents of films like James Cameron’s Avatar, the Terminator films, the Star War series, or Brown’s Angels and Demons, we would do well to consider the seminal Hollywood film The Wizard of Oz, based of course on the novel by L. Frank Baum written in 1900 and appearing as a film in 1939. Even earlier fantasy-mystery-adventure writers like Jules Verne (20,000 Leagues Under the Sea), Edgar Allen Poe, Arthur Conan Doyle, and Alexander Merritt and many others furnished a huge stockpile of material that later fiction, fantasy, science-fiction and pop-occult-thriller writers like Brown  and King could delve into and weave into their work. ESP, aliens, conspiracies, psychokinesis, teleportation (“Beam me up, Scotty” from Star Trek), telepathy and ESP have become household words and concepts for the general public, whose appetite for the bizarre and unusual seems to be insatiable.

Oh, and don’t forget comic books and the old radio shows (like Escape, and Inner Sanctum) that together gave us creepy, mysterious and fantasy-rich settings and visual images, and of course the superheroes themselves – Batman, Superman, Spiderman, The Lone Ranger and The Green Hornet – who like Dan Brown’s characters used intelligence and physical courage to battle and ultimately defeat the forces of evil. (Kansas’s Dorothy, Terminator’s Sarah Connor and France’s Joan of Arc guaranteed that women also were not left out of the equation either.)