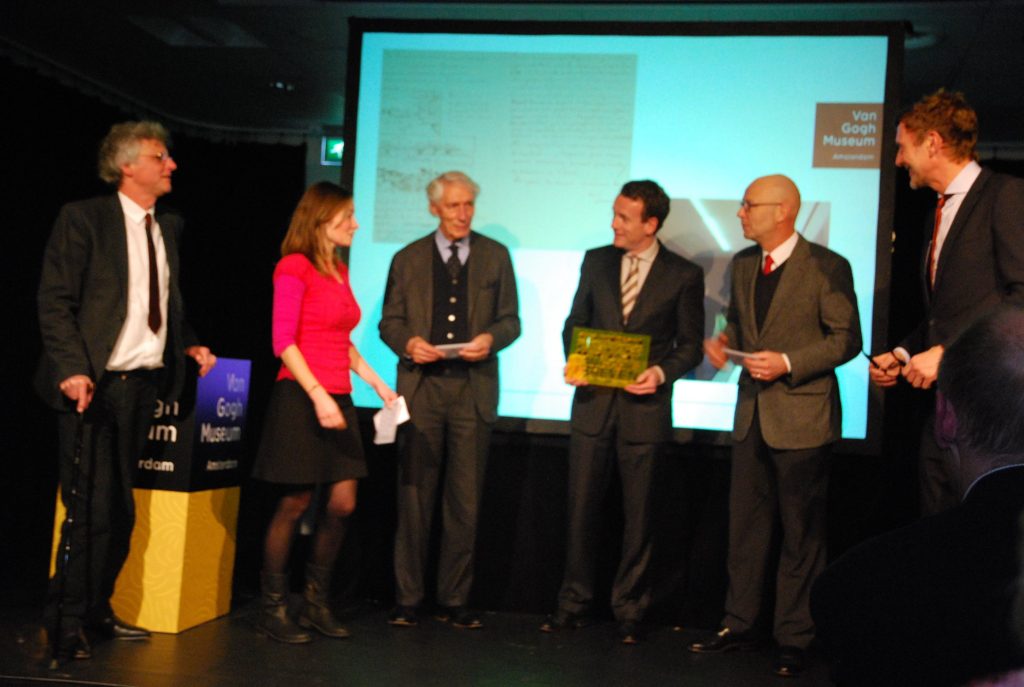 On the evening  of the 16th of December 2011 the Van Gogh Museum was presented with the AICA Award for the exhibition Van Gogh’s Letters. The artist speaks, held in the autumn of 2009. This prize is awarded every year by the Association Internationale Critique d’Art (AICA). The jury praised the contemporary way in which the exhibition made connections between Van Gogh’s artworks, letters and other sources. Robert-Jan Muller, chairman of the jury, declared: ‘Years of research have produced a monumental publication. An ambitious, multi-media approach was additionally employed to present this research in an innovative manner.’


Axel Rüger, director of the Van Gogh Museum, responded enthusiastically to the award: ‘Winning this prestigious award is a crown on the work of my colleagues who devoted themselves to this research for many years and then managed to translate it into an exceptionally successful exhibition. It is of course an extra-special compliment when such efforts are acknowledged and commended, not only by the public, but also by specialists in the field.’

The exhibition formed the conclusion to fifteen years of research into Vincent van Gogh’s correspondence by the Van Gogh Museum and the Huygens Institute of the Royal Netherlands Academy of Arts and Sciences. It was compiled by the Van Gogh letters project team, Leo Jansen, Hans Luijten and Nienke Bakker. Designer Wim Crouwel was responsible for the exhibition design.

The Van Gogh Museum has already been lauded for the Van Gogh Letters Project. In April 2010 the museum’s edition of Vincent van Gogh – The letters. The complete, illustrated and annotated edition, was honoured on World Book Day with the Lintje van de Boekverkoper (Booksellers’ Medal), presented by the CPNB Foundation. The publication was voted ‘Best Book of the Year 2009’ by the prestigious magazine APOLLO – The International Magazine for Collectors. On 10 June 2010 in Istanbul the Van Gogh Museum and Huygens Institute-KNAW were also awarded the European Heritage Awards Grand Prix in the category research.

The six-volume edition will be published in Chinese in 2013. This Chinese translation, partially financed by the Dutch Foundation for Literature, will be prepared and published in close collaboration with the Van Gogh Museum by the Shanghai Fine Arts Publishing House. There is overwhelming international interest in Vincent van Gogh, the artist and the man. Axel Rüger: `We consider it a great privilege that a Chinese publisher wants to give Chinese readers access to the complete edition of letters, as published by the museum with the Huygens Institute in 2009.’ He emphasized: ‘Culture and literature connect people all over the world.’

Through the use of other new media like a multimedia tour, the iPhone app Yours, Vincent, the Van Gogh Blog and the website www.vangoghletters.org, this Letters Project has become an exemplary project for the Netherlands. 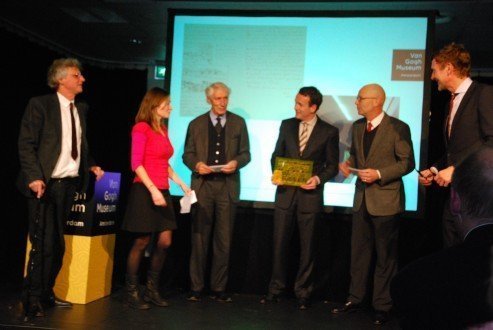