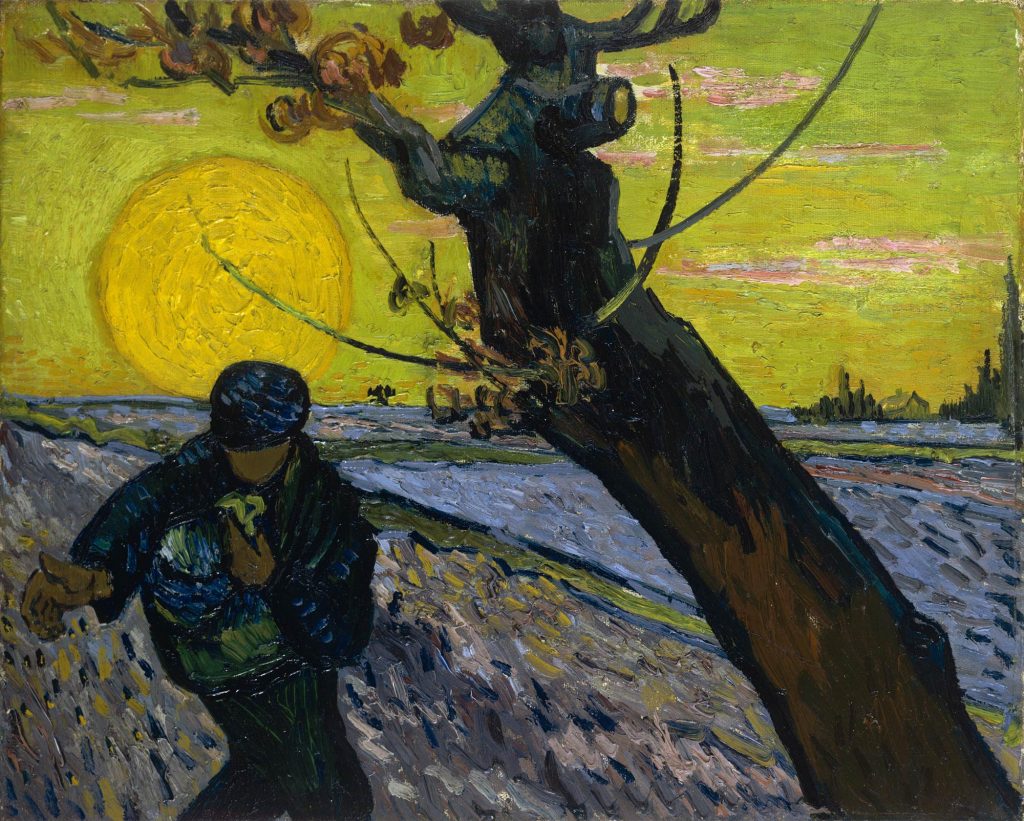 Symbolism from Van Gogh to Kandinsky.

The curators and  makers of the most inspirational exhibition on symbolist landscapes have assembled 71 grand paintings by 52 artists from 16 different nations into a stylised 2-floor exhibition. Opening today at the Van Gogh museum in Amsterdam, this exhibition is a treat for all art lovers- known or not known to symbolism or even painting in general.

Our modern eyes and ears are directed to a time where artists dug into the very heart of nature and human society. It conveys the ways people could philosophise about or analyse the meaning of its beauty and powers around a century ago. It turns our attention to the end of the 19th and the start of the 20th century and shows us how various acclaimed artists across Europe blended their perception, thought and technique into diverse kinds of styles and imagery in which depicting  ‘people’ only plays a small part.

Those were the days of the invention of the telephone, the aircraft e.g. and in which many fled the countryside towards a hopefully more prosperous urban civilisation, that partly took away their idyllic roots in the rural areas. Most of these artists sought to understand their relation to the beauty, serenity and overwhelming power of nature in such ways that they remind us of the perfection of nature, in contrast with the strong uprise of an industrialised and urbanised world in which the early 20th century is set at the times.The makers of this exhibition also clearly indicate that there is a correlation between our present day society and that of the start of the last century. Maybe our perception of mankind has evolved to an extent that we by now completely understand most of the questions that intellectuals of the previous generations had, but we have lost part of the direct lineages with nature and its symbolic values. Maybe.

Drenched in an atmosphere of styled melancholy these 71 fine works were placed against a blue and purple background, with perfect lighting, bringing us to an almost meditational level of thinking. This assembly could very well do without  much further explanation as it brings us straight to the inner worlds of the artists.  Mallarmé, a well known symbolist poet, said: ‘Don’t paint the thing itself, paint the effect it produces.’

However, this show’s catalogue is a great study on the times and will bring you further into understanding the scope of the research. Through a selection of additional music pieces that can be listened to on headphones attached to easy to operate tablets, the entire experience can be perceived as a highly sophisticated meditation on art, time and our current daily lives and feelings. To call it ‘spiritual’ may be too simplistic, but it should be called deeply inspirational at least.

Masterpieces by Van Gogh, Kandinsky, Gauguin, Munch, Mondriaan, Böcklin, Signac, Osbert, Millais, Watts, Carriěre, Abbott Mc Neil Whistler and many others. Music by various old master composers like Satie and recordings by contemporary musicians make a nice music and time frame. Many of the pieces have musical references or are named after music composed at the time.

The exhibition will travel to various museums in Europe. 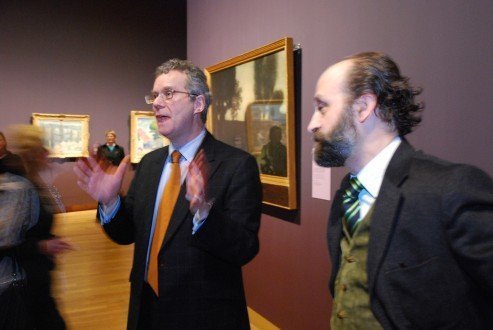