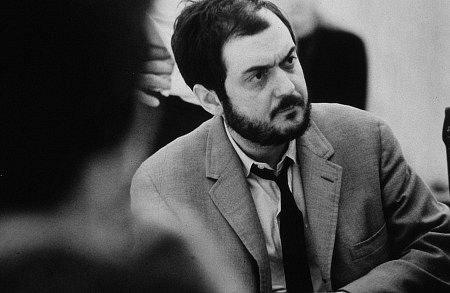 Stanley Kubrick Born July 26 (The Day of the Symbolic Herald)

The film director Stanley Kubrick had a long list of impressive films to his credit, probably of higher quality than any other American filmmaker. Just scanning the list of his works makes one aware of how magnificent his film achievement really was:

Most directors would have given their eye teeth to have any one of these films to their credit, but Kubrick did them all! What a bizarre blend of titles, topics, approaches, genres: from war films to science fiction, from period piece to thriller, from philosophical speculations to literary adaptations. In the course of doing it all Kubrick avoided depending on or being indebted to the Hollywood film industry, living in England and retaining full control over the writing and filming of his masterpieces. But really, we might ask, in what sense is Kubrick an American filmmaker or even an American at all? He spent the many years of his creative life in England, was the grandson of European-Jewish immigrants, never returned to America and was essentially an expatriate. This kid from the Bronx was to grow into the most international of American-born directors, while retaining his strong bond with the English language which, as the world language guaranteed that Kubrick’s work could be enjoyed by English, American and other language speakers around the world in its original language. The long list of international filmmakers influenced and inspired by him is much longer than that of those who influenced him. It is difficult to pin down the characteristics that make a Kubrick film a Kubrick film.

In the case of Fellini, Bergman, and Kurosawa, these filmmakers immediately reveal themselves through their individualistic styles. But Kubrick evades such stereotyping. Seeing yet another of his films takes one on a journey in a completely different direction. Who could have dreamed that the man who made Paths of Glory also did 2001 or that the creator of Dr. Strangelove also did Eyes Wide Shut? There is a royalty, a dignity about all of Kubrick’s films that commands respect, along with his painstaking love of detail and technical mastery. Looking at just four other powerful creative giants born on his birthday, July 24, we find Anglo-Irish playwright George Bernard Shaw, psychiatrist C.G. Jung, rock star Mick Jagger and British novelist Aldous Huxley, all born on the Day of the Symbolic Herald, in the Week of Authority. Incidentally, the director Blake Edwards, who achieved fame from the Pink Panther films, was also born on this day, an interesting fact since his films starred the same actor that Kubrick used so tellingly in Lolita and Dr. Strangelove: Peter Sellers.

Kubrick’s screenplays are so strong that they frequently overshadow the actors themselves. In one film, 2001, he even goes so far as not only to phase out actors but also their scripts, creating an abstract philosophical investigation of the origin of life itself. Dr. Strangelove features his arguably finest screenplay, co-created by Terry Southern; every line of this film is a memorable one, sometimes resembling a series of jokes, puns, one-liners, and outright farce. And not only in 2001 does Kubrick introduce philosophical topics. In The Shining we can even find the philosopher Gurgieff’s theory of recurrence, in which individuals, in this case actor Jack Nicholson’s persona, are reincarnated as exactly the same person they were in a previous lifetime, in his case an insane, homicidal husband and father. We find Kubrick, as Mozart and Beethoven repeatedly did, dipping back into previous works for material, orientation, inspiration. As these composers often stole or borrowed themes and melodies from themselves, Kubrick’s Full Metal Jacket obviously looks back to Paths of Glory as a highly realistic war film, A Clockwork Orange and The Shining on 2001 for futuristic science fiction, Barry Lyndon to Spartacus as period pieces. Thus we see not only evolution in Kubrick’s work but also an organic wholeness where nothing is wasted in the total artistic vision. By keeping himself out of his films, as Hitchcock, Polanski and Woody Allen refused to do, Kubrick achieved a monumental, aloof, impeccable objectivity, something we would expect more from a maker of documentaries or a war correspondent than we would from a feature-film director.

Ultimately, this may be Kubrick’s strongest suit, particularly when mixed with his fantasy, his ability to generate suspense, his astonishing use of composed music rather than using original filmscores, and his insight into human behavior. When a filmmaker of the stature of Luis Bunuel, Akira Kurosawa, or Stanley Kubrick passes away, there are not five or ten new geniuses waiting to take their place. In Kubrick’s case perhaps there are none.