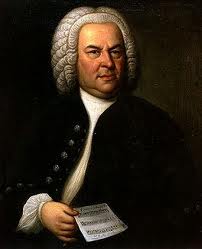 It is a strange fact that for 200 years a regular succession of Western  master composers followed each other.

J.S. Bach, a dour north German, was born in 1685 and died in 1750 at age 65. Six years later a young blinding Austrian composer, Wolfgang Amadeus Mozart, came into the world and died in 1791 at 35. Six years later another blindingly gifted Austrian-born musician appeared, Franz Peter Schubert, dying in 1828 at age 31.  Five years later in 1833 another north German, Johannes Brahms, was born, dying in 1897 at age 64.  Looking at this structured timeline from 1685-1897 we find the births of Bach-Mozart-Schubert-Brahms. Bach and Brahms the bookends (2 serious north Germans dying at 64-65 years of age) and in between Mozart and Schubert (2 precocious blinding Austrian-born geniuses who burned out in their early thirties).

For those of us who believe in reincarnation, such a structure suggests that these four composers, who were at the forefront of music for 200 years were perhaps incarnations of the same spirit.   Although Bach and Mozart never met, and Mozart was not really introduced to his music until later in life, we do know that Bach’s son J.C. Bach was one of Mozart’s most important teachers, in London. Mozart had much more in common with J.C. Bach’s gallant, highly charming, glittering style than with J.S. Bach’s Baroque dark complexities, but when Mozart was played the elder Bach’s music at the home of Van Swieten in Vienna, he immediately began writing transcriptions of Bach’s fugues and his music changed in the direction of greater contrapuntal complexity.

Mozart’s influence on Schubert was very great, but was also augmented by the fact that Salieri, who had been very close to Mozart became Schubert’s music teacher in Vienna. Later, when Brahms came to spend the rest of his life in Vienna, he was particularly fond of collecting musical manuscripts, his greatest interest being in acquiring original manuscripts of Schubert.  When listening to Brahms’ chamber music, particularly, one can hear echoes of Schubert, in his counterpoint echoes of Bach (also in his transcription of the Bach Chaconne for the left hand alone) and his homage to Mozart in his symphonies. Interestingly enough, the four note theme of the last movement of Mozart’s Jupiter symphony (C-D-F-E) corresponds exactly to the keys of the 4 Brahms symphonies written in the keys of C major, D major, F major and E minor!

We in the West, for the most part, have certainly not rushed to embrace the theory of reincarnation, Christianity teaching rather that one lifetime is followed by either heaven or hell. But in India, Japan, China and throughout the East many millions do believe in it and would find this regular succession of four master composers entirely understandable. Particularly in the case of the most spiritual of all art forms – music – we should not find it difficult, at least, leaving literal reincarnation aside for a moment, to believe that the spirit of Bach’s music finds echoes in Mozart, Mozart and Bach’s music reverberating in Schubert, and Bach, Mozart and Schubert surfacing in the music of Brahms. And if the spirit of music can be transmitted thus, why not the actual souls of the composers themselves. So perhaps Bach, Mozart, Schubert and Brahms were really the same soul, personally bringing their spiritual message home to mankind, repeatedly, for two centuries.