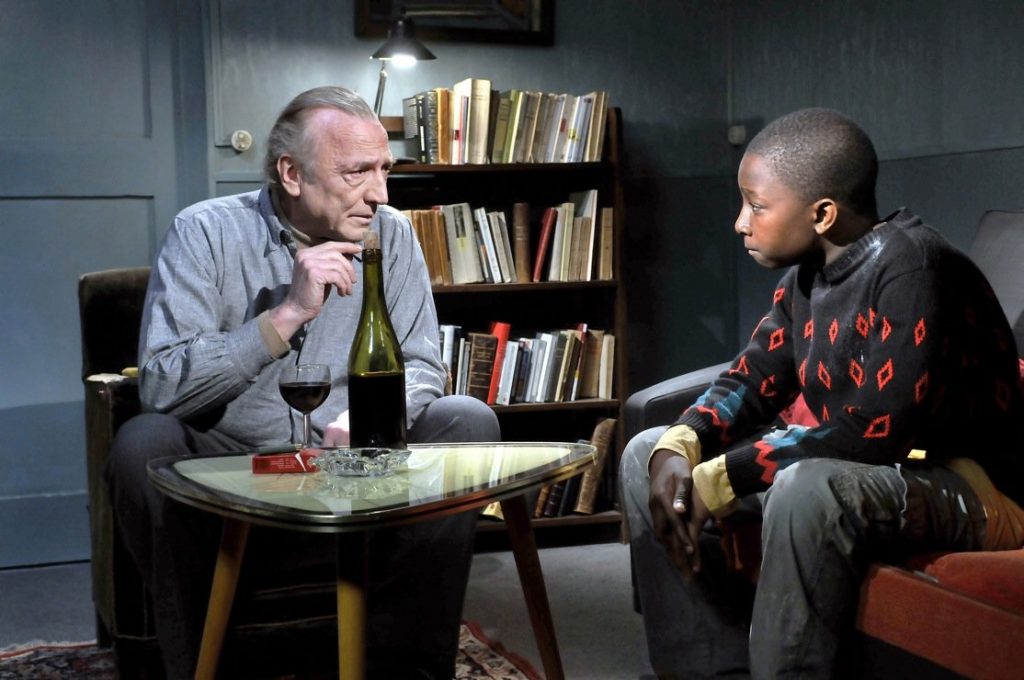 If you have never seen a film by Aki Kaurismäki , the current Finish master of cinema, you should not stagger to go see this one. ”Le Havre” blends in so many facets of true cinema and storytelling that it should be considered already a classic shortly after its release in late 2011.

In a time where so many of our daily bread in the film industry is managed by large studio edifices and special effects, the director himself has managed to create an entire cosmos around a few simple elements and relationships in the port and suburbs of the French city Le Havre.

Flirting with reality, elements of nouvelle vague cinema of the sixties and keeping his ever stylised framing and adequate camera moves and positioning, once again Aki Kaurismäki truly captures part of the essence of the moment. Both in its regional and cultural sense but also he touches – and not mildly – upon political debate and immigration measures recently taken by the Sarkozy administration and in a wider context a global tendency to keep the poor and less or uneducated away from the safe harbours of our civilised worlds.

The almost theatrical approach in which the story of a man, a woman, a refugee child and a police officer develop, can be seen a modern tale of wisdom and humanity in a world that has lost the connection with it.

In his previous films, Aki Kaurismäki dealt with lost souls too and he hasn’t left that topic to be for what it is, turning to commercial cinema for obvious reasons. He has actually grown into a master of cinema in his own right. He has truly created a world of its own, where the audience is taken to another world and maybe a better one. In this way, Aki Kaurismäki has managed to keep the true spirit of the filmic medium alive.

Next post: Shame through the eyes of Mc Queen