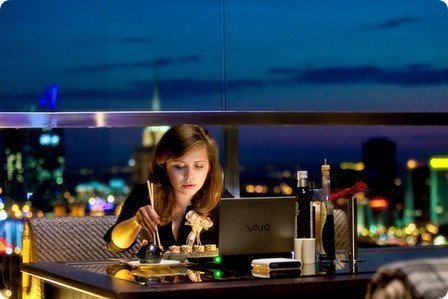 Synopsis
Westerners may view Russia’s Prime Minister Vladimir Putin as an undemocratic tyrant, but to many Russians he embodies all the qualities of a strong and charismatic father figure. An entire new generation has been united in the patriotic youth movement Nashi, which seeks to rid Russia of its “enemies.” And quite naturally, these turn out to be anyone who does not support Putin and President Medvedev. Marsha, an intelligent 19-year-old, is the spokesperson for Nashi. She once kissed Putin on the cheek, and after that she made no secret of her adoration for this “Napoleon of the Kremlin.” Until she came into contact with members of the liberal opposition, that is. One of them is the critical blogger Oleg Kashin, who compares Nashi with the Hitler Youth movement. Marsha finds herself on the horns of a moral dilemma: does Nashi allow enough scope for her own opinions, or must she give herself completely to the will of “the party”? What follows is a coming-of-age documentary that also paints a grim picture of the Russian political climate. Open political debate is noticably absence, leaving no option but to take sides. Marsha’s kiss gradually transforms into a clenched fist.