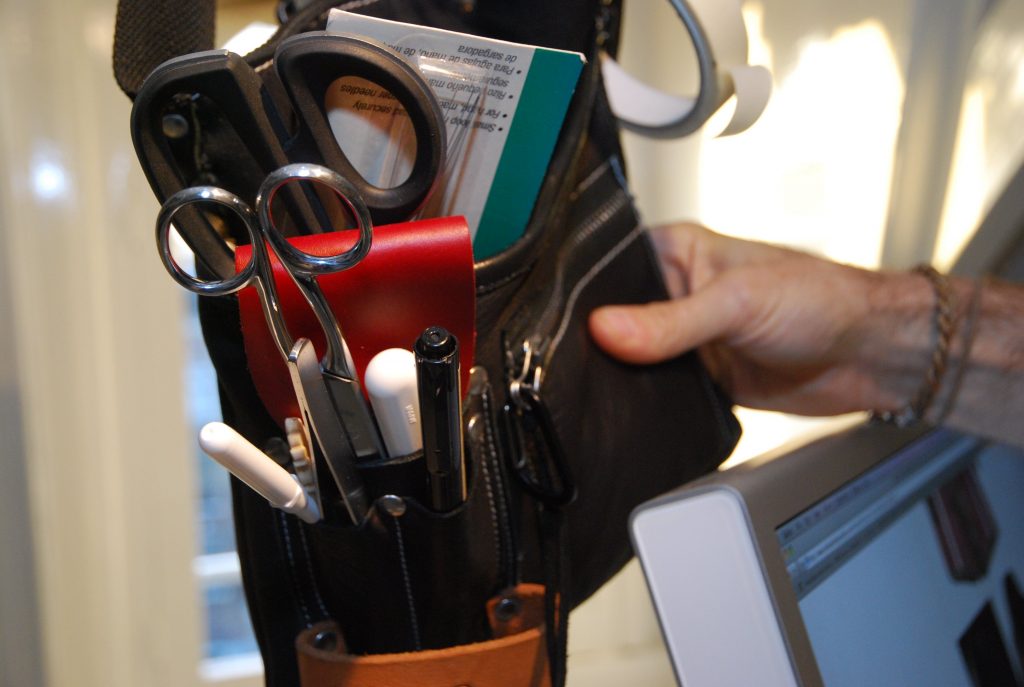 Denham from top to bottom
Exploring the 5 story building of the DENHAM brand flagship store in Amsterdam is like walking around in a modern jeans factory where shop, service center, kitchen, storage, large showrooms, design and atelier spaces merge together with no strict borders between them. At least they feel totally open to me – the informal atmosphere breaths passion and dedication to dressmaking.
I need to walk up with PR-manager Vivian, who will take me around the various floors and people working in the building. 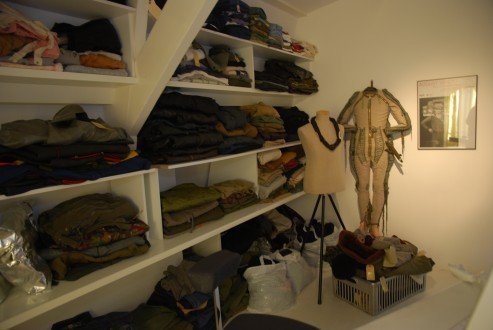 As we enter the attic studio, a clean console to stand at with a computer and cutting and drawing tools on the side dominate the view. The room not larger than 30 sqare metres is packed with garments and a collection of folded suits, coats and jackets – my eyes are drawn to a B&W photo by August Sander.
It appears to be not just an adornment of the intimate workspace.

Designer Liam Maher explains why:
I grew up in the seventies and eighties and worked for Timberland for 7 years. My British father traveled a lot and we had to move from the US to Europe every now and then. I saw a lot of different work, sports and army clothing around the world as a teenager. An uncle of mine was a professional comic strip artist, so in a way I grew up in an iconic masculine storytelling and travelling kind of environment. My parents grew up in the depression era. And they are – like myself – very critical of obsolescence and surplus in material goods and fashion.
In those times, something like a bicycle or coat just looked like any other and here we come back to the clothing in the picture of August Sander’s ‘’bricklayer’’ taken in 1928 –  such a great image – in which working men have real dignity in wearing just this one iconic waistcoat.

Does it bother you that fashion is a global business today and that it is not really linked to a regional profession or functionality?

Well, I think that this baseball jacket from the sixties I just bought in Seattle as part of this archive and my inspiration, also represents team building. When you put this on it really feels like it SHOULD feel. That triggers issues of cultural memory.
I think clothing is really, really important – it’s a vessel for cultural memory. Clothing literally wraps the body and is therefore very intimate at the heart of its function. 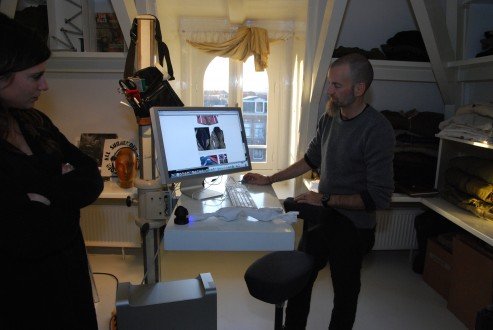 Attic with PR manager Vivian and Liam standing at his computer

We pass a few floors going down the stairs meeting other designers for both the web shop and the department where the new collection was recently assembled. All areas are filled with hanging and lying clothing in various tones, fabric, photos for inspiration and drawings on the wall. 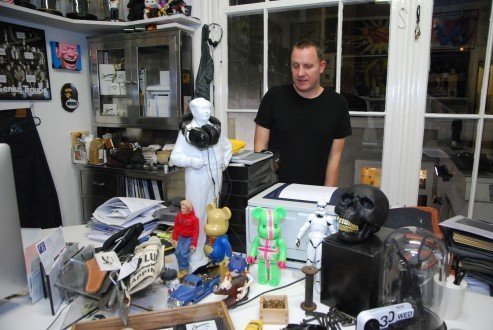 Jason Denham in his studio space

On the second floor we find founder Jason Denham surrounded by his gadgets and magazines, for which he is glad to say the word ‘’inspiration’’ is correct. ‘’Others might see it as ‘’junk’’, he says – but this is my world, my pallet of ideas. ‘’
His dream was to realise his company in the warm heart of his beloved Amsterdam. With its free spirit, riding a bicycle along the canals to work goes perfectly with jeans – or better – a ‘’denim of all ages’’ – clothing atelier and brand with an outspoken self-created identity.
Jason Denham:
A Japanese magazine did 13 pages on our typical ‘’family-like’’character and ‘’the truth is in the details’’ attitude that they adore. Our collections go well with that market as we specially graded and seized it for it. Japanese culture is very much like the ethos of this brand.Worship tradition, destroy convention is one of our philosophies.

What were the first jeans you wore?
When I grew up the trendy brands were Chipy, Chevignon, Liberto etc. I got to know Levi’s – the real jeans I learned – and made my first jeans myself at the age of 18 as I realised it was going to be my future. My mum is very creative with textiles and furniture. My dad can build and make anything work in his workshop – tools lying all around – and I’m a product of them both.
We are in dressmaking because we really love it. Not because jeans and denim are a commodity. Globally we have 50 people working for Denham directly. We have a small turnover, but growing in a healthy way – keeping it manageable. Key markets are Japan, the Netherlands, the UK and Germany. 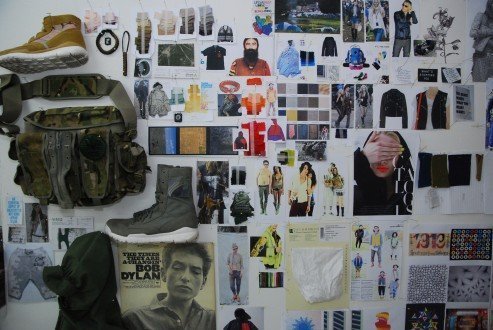 Denham: mood board in studio

Initially, I used to have a studio called Clinic- a clothing consultancy company. We started with a few tables and chairs and grew steadily and organically. With the same number of people and just maintaining the quality, we’ll be able to expand further.
We believe in product- and spending a bit more money but enjoying it a lot longer. Disposable goods are not my thing; fashion is an investment. The cotton-based organic product we are wearing can become our second skin in time. The product evolves in the collections but also on you as you wear them. 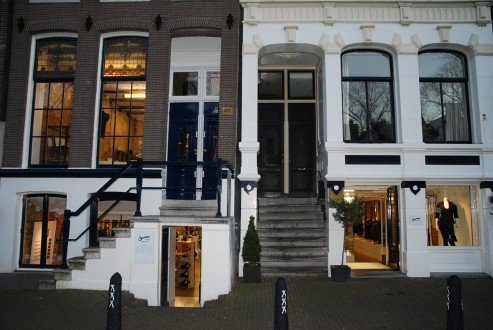 On the ground floor clients shop, try items on, have them washed, retouched or fixed in the service center. Here all parts of the DENHAM puzzle come together. Sturdy with dignity – they create an image and a persona to go with them. Just like the documentary art photographs shot by August Sander close to a century ago, a sense of timelessness permeates through them.

Bricklayer by August Sander and a cosmonaut suit (left) 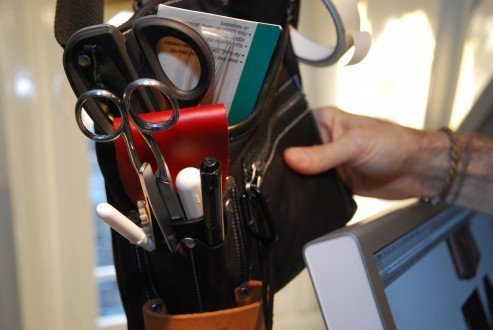