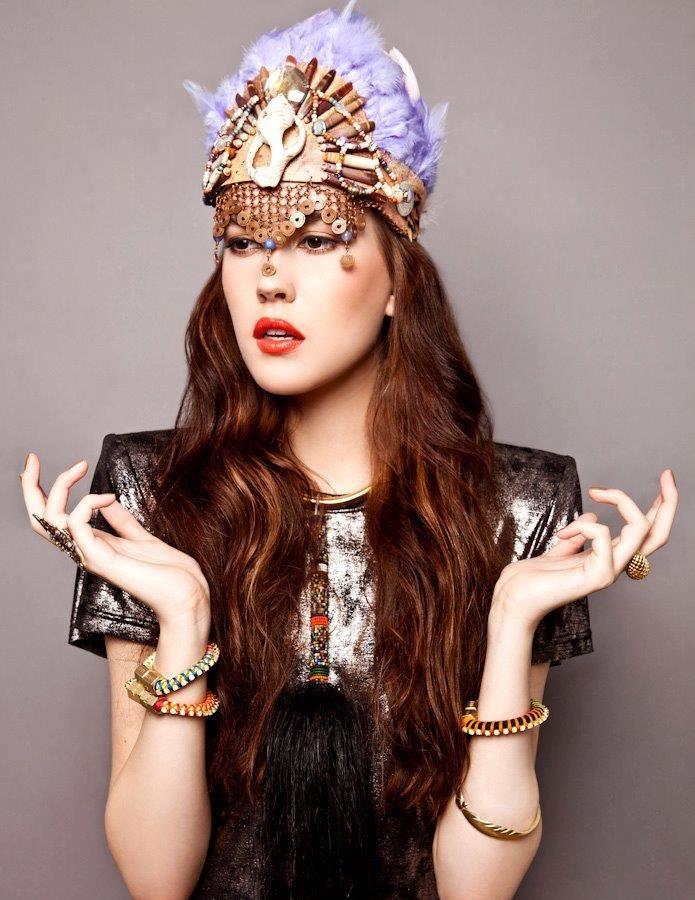 For the headpiece with the light blue feathers, Lotta Isopuro used her mother’s leather pants and necklace from the 90’s. A big seashell used in an Australian wind chime was given a new life and honored with the pride of place in the front of this extravagant creation. Lotta is a Finnish designer living in Amsterdam.  She makes accessories out of used materials. For her, it’s a big pleasure and challenge to find the beauty in objects that seem worthless or uninteresting at first glance. This way they get a second chance.

Lotta’s style is abundant and in her world more is more. Sometimes she has to tell herself to stop, because it seems like the beads and feathers are taking overhand. Next to the more elaborate headpieces that she lends out for photo shoots and music videos, Lotta has an accessory line under the name of Whole Lotta. This collection includes more casual but still chic feather headdresses and earrings. They will be sold in the month of December in her pop-up store Novel Concept Store (Berenstraat 24, 9 Streets, Amsterdam). In this shop, you will also find seven labels – varying from accessories to lifestyle and cosmetics – under the same roof.